One week of drama is over, more to come. But we have a small pause now, time to relax and just enjoy the world of [...]

Small TV-coverage about Elizaveta Tuktamysheva and Mikhail Kolyada and their preparation for Olympic season. link [...]

It's hot summer Sunday, take something refreshing and let's check Instagram! This was a great week and lots of [...]

All past season I was hoping that someone will save Mikhail Kolyada from that choreo catastrophe that was called  [...]

Elena Buyanova: In sport everything is fleeting

Partly translation of Tatjana's Flade interview with Elena Buyanova (I skipped the part about bulding of the new ice [...] 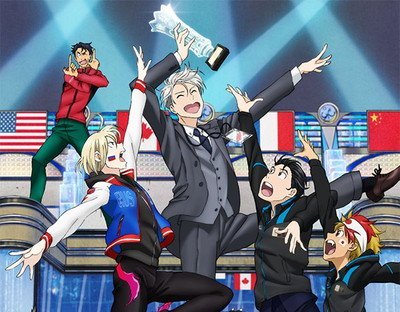 It's World Team Trophy! By the way, does anyone take this even seriously? I mean like a real competition? I don't) And [...]

Maxim Kovtun and Mikhail Kolyada about their performances at Worlds

Maxim Kovtun and Mikhail Kolyada commented on their performances at World Championships 2017. Maxim Kovtun: There [...]

Interview with Valentina Chebotareva. I translated the part where she talks about Mikhail Kolyada. You have been [...]