“I’m a fan of Tuktamysheva, it is such an honor that such a figure skater is rooting for me.” Mihara and Levito about Elizaveta Tuktamysheva 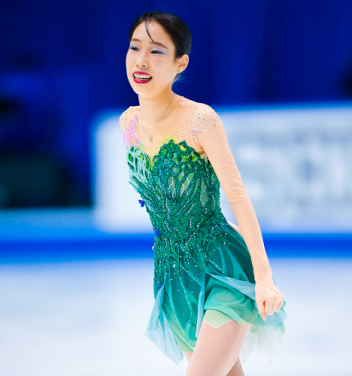 Figure skaters who compete at the British Grand Prix spoke about their attitude towards the Russian skater Elizaveta [...]

Kamila Valieva: “I read that everyone hates that I agreed to skate this program. But I’m glad to share this. The opinion of the fans doesn’t affected me. Only the opinion of my coaches.” 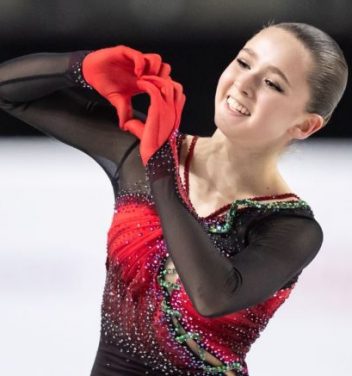 Kamila Valieva commented on her performance in a free program at the Russian Grand Prix in Moscow, where she won. [...]

Annabelle Morozov and David Narizhny: “There are no plans to change citizenship.” 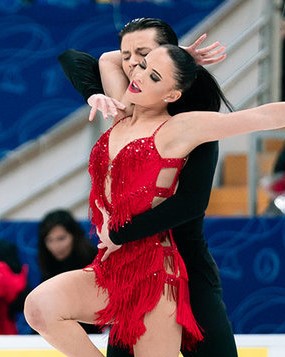 Annabelle Morozov and David Narizhny said that they did not plan to change sports citizenship, and also shared [...]

Yuzuru Hanyu announced the creation of ice show “Prologue” that he’ll do himself. 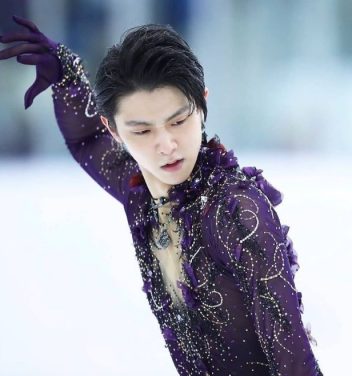 Alexandra Trusova: “It seems to me that my mother lived the entire Olympics according to Beijing time. I think she almost didn’t sleep, she was very worried about me.” 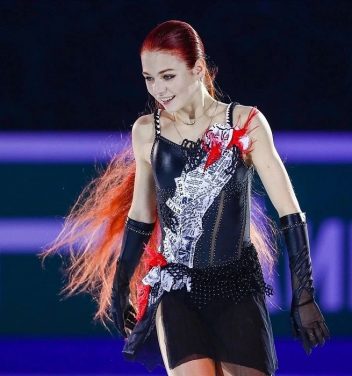 Elena Radionova: “If world figure skating loses its Russian audience, then sponsors and advertising will leave. So they created such a difficult situation themselves.”

Laura Lepisto: “When I watched the last women’s warm-up at the Olympics, I was shocked by complete absence of joy. No one is happy, everyone is crying, everyone is broken.”

Irina Rodnina: “Quite decent athletes took medals at this flawed World Championships, but they could not count on high places if there were all the strongest.” 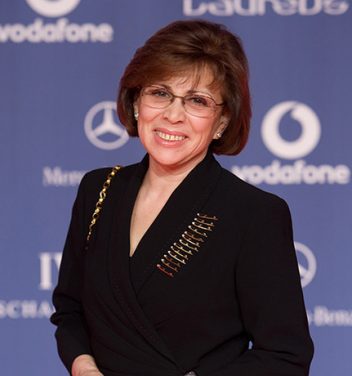 At the World Championships, the pedestal was taken by athletes who could not count on high places if there were all [...]

Mark Kondratiuk: “Almost every athlete dreams to get to the Olympics or to win Olympic gold. It may sound strange, but I have never aspired to it. I just skated for fun.” 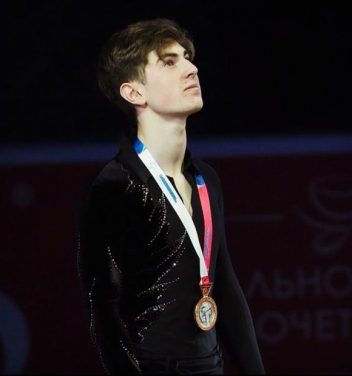 Big interview with Mark Kondratiuk. About team and individual competitions at the Olympics, this season, quintuple [...]

Betina Popova: “If we kept in mind the absence of leading athletes, then a lot of people wouldn’t be considered World and European champions. All victories at the World Championships are deserved.” 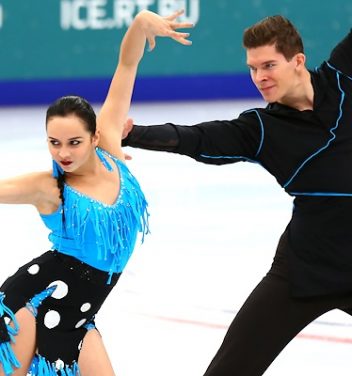 Betina Popova summed up the results of the World Figure Skating Championship in ice dance, noting that the Russian [...]

Anastasia Gubanova: “I’m very pleased with my skating, that I was able to finish the season on such a high note. I’m shocked! I’ve never had such a busy season.” 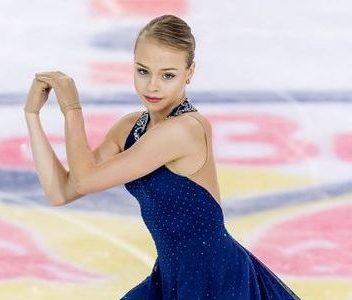 Anastasia Gubanova who now represents Georgia summed up the results of the 2021/2022 season, which she finished with a [...]

Gabriella Papadakis: “Russians lost a lot of trust from other skaters because of the situation in Ukraine and doping. There is less tension without them.” 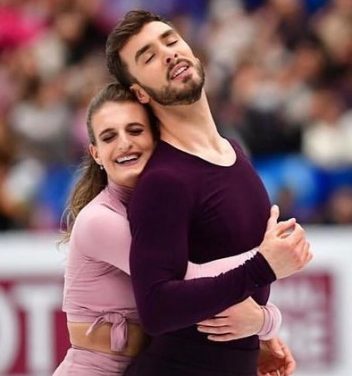 “I’m so proud that I didn’t give up and did what I came for.” Loena Hendrickx about winning silver at Worlds 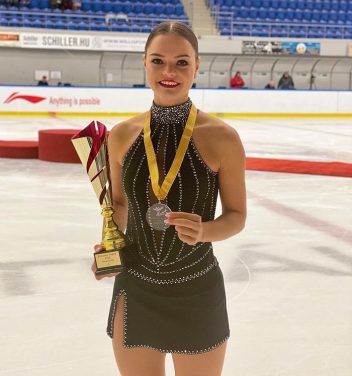 Belgian figure skater Loena Hendrickx about winning the silver medal at the World Championships in Montpellier. [...] 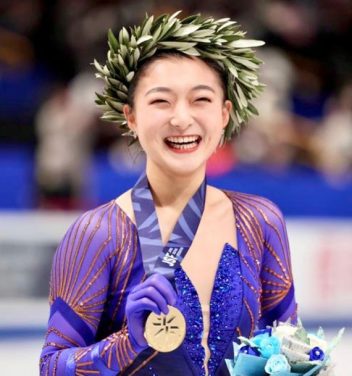 Kaori Sakamoto after winning the World Figure Skating Championships in French Montpellier admitted that this month was [...]

Alexander Zhulin told that he does not watch the World Figure Skating Championships, which takes place in French [...]

“It’s called being the first guy in the village. World Championships is a competition of the best of the best. This one cannot be called that” Averbukh and Mozer about the results in pair skating

Nina Mozer and Ilia Averbukh about the results of the World Championships 2022 in pair skating. photo [...]

“Among those who skated, the Japanese was the best, but this is a performance of twenty years ago.” Tatiana Tarasova about women’s short program at Worlds 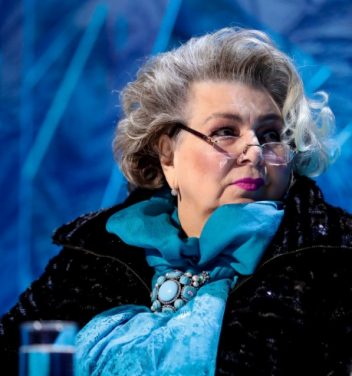 Tatiana Tarasova commented on the results of the women's short program at the World Championships in Montpellier. [...]

“After the Olympics, I wanted to show that I can perform better.” Loena Hendrickx about the short program at Worlds

Belgian figure skater Loena Hendrickx, who became second in the short program at the World Championships, commented on [...]

Kaori Sakamoto: “Since there are no Russian skaters here, they suddenly began to consider me a contender for a gold medal.”

The bronze medalist of the 2022 Olympic Games, Japanese figure skater Kaori Sakamoto, commented on her performance in [...] 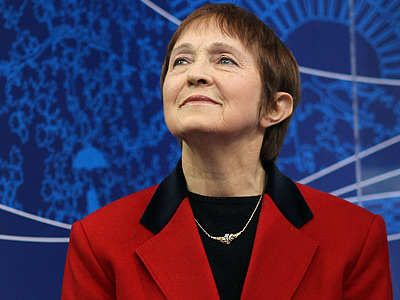 Tamara Moskvina shared her opinion about the upcoming World Championship, in which Russian athletes will not be able [...]

“I won’t watch the World Championships and I’m not interested. I’ll watch only the Russian Nationals and the championship in Saransk.” Zhulin and Averbukh

Ilia Averbukh and Alexander Zhulin announced that they would not watch the World Figure Skating [...]

Inna Goncharenko: “It will be the most uninteresting and unspectacular World Championships, also without intrigue.

Coach Inna Goncharenko told that World Figure Skating Championships will be the most uninteresting and unspectacular [...]

Alexander Zhulin: “When they reported about a positive doping test in the Russian team and didn’t gave a name, every coach was worried what if it’s his athlete.”

Russian coach Alexander Zhulin admitted on the air of a podcast on the Match TV YouTube channel that he was worried [...]