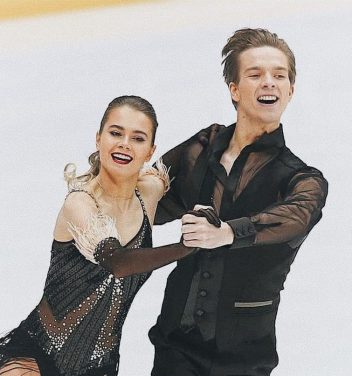 Russian ice dancer Igor Eremenko, who skates with Sofia Shevchenko (4th at the Russian Nationals), commented on not [...]

Alexei Mishin: The system of regional competition calls into question the observance of the sporting principle

Tatiana Tarasova and Alexei Mishin commented on the decision of the ISU to hold the Grand Prix series. The Grand [...]

Alina Zagitova: When I come home and fall from tiredness, I understand that I don’t need quads yet

Interview with Alina Zagitova after Grand-prix in Helsinki 2018. Alina, in the free program were you nervous on [...]

Alina Zagitova: We are not robots to skate always clean

Alina Zagitova about mistake in the short program at GP in Helsinki. Alina, what was the reason of your mistake in [...]

Elena Buyanova about Maria Sotskova's performance at Grand-prix in France. I  resented when after she short program, [...]

We've almost survived through the grand-prix. Congratulations) I thought it'd be a lot more photos from Japan, but [...]