Dmitri Aliev: I would really like our fans to believe in us

Interview with Dmitri Aliev. Dmitri, from the beginning of the season you've had two starts - test skates in Moscow [...]

Mikhail Kolyada: I hope many people will come to the test skates

Mikhail Kolyada about nearest plans for the season and training camp with Rafael Arutyunyan. The first start of this [...]

Evgeni Rukavitsin told that Dmitri Alive achieved confident and consistent execution of the quad salchow and told about [...]

Usually I don't translate articles, only interview, but I couldn't pass by this written by Elena Vaitsekhovskaya. Why? [...]

Sergei Voronov: Probably, someone will laugh if I say that I want to continue

Sergei Voronov who finished 4th at the Russian National and hasn't been selected for Europeans told about his plans and [...]

Translation of Misha Ge's interview for The Mag magazine. No moment's rest The schedule for each figure skater is [...]

Moris Kvitelashvili: You can write just like this “Moris don’t have a girlfriend” 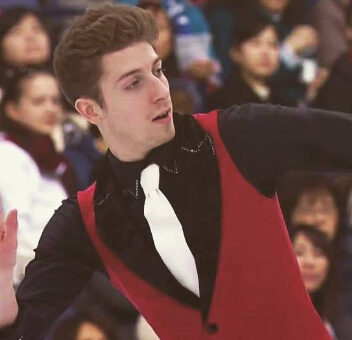 I guess last season we all liked this charming skater, so an interview with him may be interesting. I translated some [...]

Sergei Voronov: program should be fitted like a suit

More and more skaters choose Misha Ge as choreographer. Sergei Voronov told about his new programs and work with Misha. [...]

Maxim Kovtun: on first earned money I bought a fur coat for my mom

Translation of the interview with Maxim Kovtun. About preparation, new programs and his family. Maxim, with what [...]