Both this junior skaters are talented and promising athletes, they got to Junior Grand-prix Final and showed some good results. Both train in Evgeni Rukavitsin’s group and don’t hide their friendship. Here’s the translation of their joint interview to Sovsport.

In the sporting career of Fedichkina and Aliyev happened a curious episode. Evgeni Rukavitsin couldn’t arrive in time to the tournament in Nice due to some issues with Canadian visa. So, Dimitri Aliev made his debut as a coach and led Alisa on the short program.

Dima what did you feel when you had to be Alisa’s coach?

Dimitri: It was very unusual and difficult. To worry about Alisa was harder than to skate myself. Basically, she knew everything and could everything, I just had to control everything. But when I was standing behind the board, my heart sank into my boot. As a result, I experienced stress as if I had two events – first as a coach, then as an athlete. Coaching share is heavy.

Alisa was it strange to see Dima in the role of Evgeni Rukavitsin?

Alisa: Yes, but if I was without a coach and without Dima, It would have been, of course, more difficult. And then I knew that there was a person behind the board who believes in me and supports me. So, I was less worried. But I saw that Dima was very nervous.

At usual competitions do you support each other on the stands? Make an eye contact before starting the program?

Dmitri: We used to wish good luck to each other before the warm-up, try to meet somewhere in the corridor. And then when we’re on the ice, of course, we turn off from everything. Full concentration on work.

Alisa: When I go out on the ice, I hear and see nothing, I’m self-absorbed.

And don’t shout to each other?

Dmitri: I shout. And in general I try to sent maximum of energy to Alisa.

Alisa: I feel that Dima worry for me. But I don’t hear it (smiles).

You’re both were in Grand-prix Final. Did you realize that you got to the small world championships?

Dmitri: Well, of course I thought about it. In Barcelona gathered all those who have been selected through the stages of Grand-prix, in fact, the strongest six of Junior World Championship. This is the kind of experience, now we know how to fight in future. Will know our competitor better, how they skate.

Everyone was amazed by the senior competition and world records of Yuzuru Hanyu.

Dmitri: I haven’t seen live such fantastic performance before. Yuzuru is a cosmic man. I looked at him and figure skating exited me even more.

Is it real to learn to skate like this?

Dmitri: I want to pull myself together and start a new stage of life. Rebuild myself, learn something new. In general, I think that if work hard, you can achieve the same results 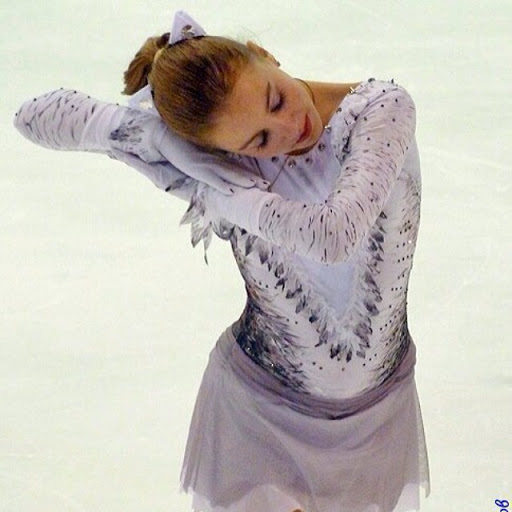 Alisa and what’s your impression from the best ladies in the world?

Alisa: In Barcelona I have seen live for the first time how Ashley Wagner and Mao Asada skate. I really liked them, and especially how they fight for each element. I will strive to do the same.

What do you need improve first of all to get closer to the top level?

Alisa: Everything. Skating skills, spins, jumps. You need to develop in all aspects. I also want to start a new life.

Alisa, two years ago, when you trained in Rostov-on-Don, did you imagined that so soon you will get to the Grand-prix final?

Alisa: No, I haven’t imagined at all. Of course, everyone dream about World Championships and Olympics, but I haven’t even thought about Grand-prix Final.

What happened in this period?

Alisa: At the first stage of Grand-prix I was fourth, but I got a chance to perform at the second one. I lacked a little bit to win it and get directly to the Final. So, I had to wait how my competitors will perform at the last Grand-prix. I worried a lot, but I was lucky and I got to the Final.

Do you dream about Junior World Championships?

Alisa: Of course. But I need to make the selection. I will try to do this and will prepare. 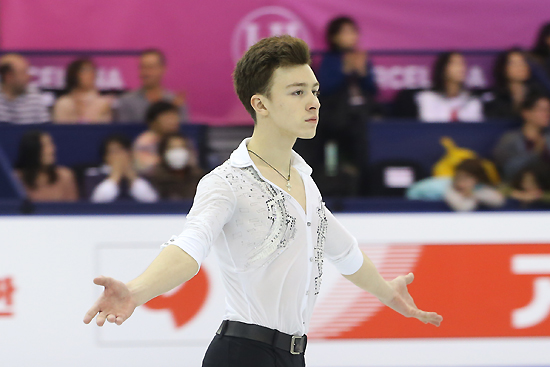 As many say, Ksenia Stolbova and Fedor Klimov now show exemplary pair skating. Did you liked them in Barcelona?

Dmitri: Yes very. I think they are now the best in the world of pair skating. Ksenia has such an energy and her lendings from the throws are fantastic! I’ve seen the pairs competition of such level for the first time, really enjoyed.

Can you imagine yourself in the pair skating? How you, for example, make a quad throw with Alisa?

Dmitri: I can’t throw Alisa, but some else can! Maybe, I can try, but I haven’t thought about it yet. I would like to express myself in a different direction. Although I tried to do throws and lifts. With someone worked, with others didn’t …..Worked with those whom you don’t mind (laugh.)

Dima, you have moved to St. Petersburg from Ukhta, and you, Alice, from Rostov. The new city has become native?

Alisa: St.Petersburg is very beautiful, I start to get used to it but I miss relatives. In Rostov stayed my two sisters, grandmother, father, dog … It’s hard without family but I’m coping.

Dmitri: I have been getting used to the climate of the Petersburg for a long time. But now I love this city. And I taking roots. And I have friend here, many friends.  In Ukhta remained my mother, father, brother but there were almost none friends. So Peter became was closer.

By the way, in Barcelona were a number of Russian fans with flag with the inscription “Ukhta”.

Dmitri: Yeah, they came to me, gave gifts, took pictures. It was nice to meet fans from the hometown. They have told us how hard they was getting to Barcelona, so I was very impressed.