Recently Elena Kustarova gave an interview (for those who can read Russian here is a link) and I want to make some comments on the parts that seemed interesting for me.

I think that there’s a lot of sincerity in Elena and Ruslan’s skating. Although every element, every movement in terms of technique, we repeat many times, but guys always improvise emotionally. Each time, stepping into the ice, Elena and Ruslan are living program. And to cope with this it’s an ability of a different level.

I think this sincerity, emotionality and some kind of improvisation are their biggest advantages but at the same time the greatest weakness. For a new team less emotions is better, because it’s easier to control your elements. They are not at that level of feeling each other and technical synchronization to afford this “forget about everything and skate from your hearts”. And their coach understands it (according to her words)….but why don’t we see it at competition? Less emotions, more control and concentration on the technical side is what they need at this time of their career.

Of course the technical component of ice dance has not been canceled. But ice dances have always been the most expressive and emotional discipline of figure skating. However, in recent years only technique it’s of paramount importance; and this leads to the fact that the price of only one technical error is very high. Often lost of a couple of points deprives the opportunity to fight for the top places.

While I agree with the first part that ice dance is the most expressive and emotional discipline I can’t agree with the second statement. Yes, the price of technical mistake is very high….but it’s a sport! With all the beauty the technique is the most important thing…….or ice dance shouldn’t even be a sport. And it’s not only about the tech, it’s more about the harmony of technical difficulty, successful choreo and dancing skills. Who managed to be close to this harmony wins, for example Papadakis and Cizeron last year.

About possible changes in elements or costumes before the Russian Nationals:

Now we’re changing the lift in the short dance. It will be more dynamic. Moreover, their abilities permit it. Compared to last season Ruslan made a huge leap in quality, but his potential has not been fully disclosed yet. Last year we had problems with lifts, but now we don’t. They perform them much faster, easier. Although, of course, it’s no limit to perfection.

The fact that they’re changing one of the key elements in their short dance it’s a bit worrying because they don’t have an opportunity to try this new element in competition before the Nationals. So, I hope the team knows what they are doing) And I totally agree that Ruslan’s potential hasn’t been fully disclosed yet. Not just in terms of lifts but in terms of presentation too. I think they should try to make at least one dance next season with an accent on Ruslan. 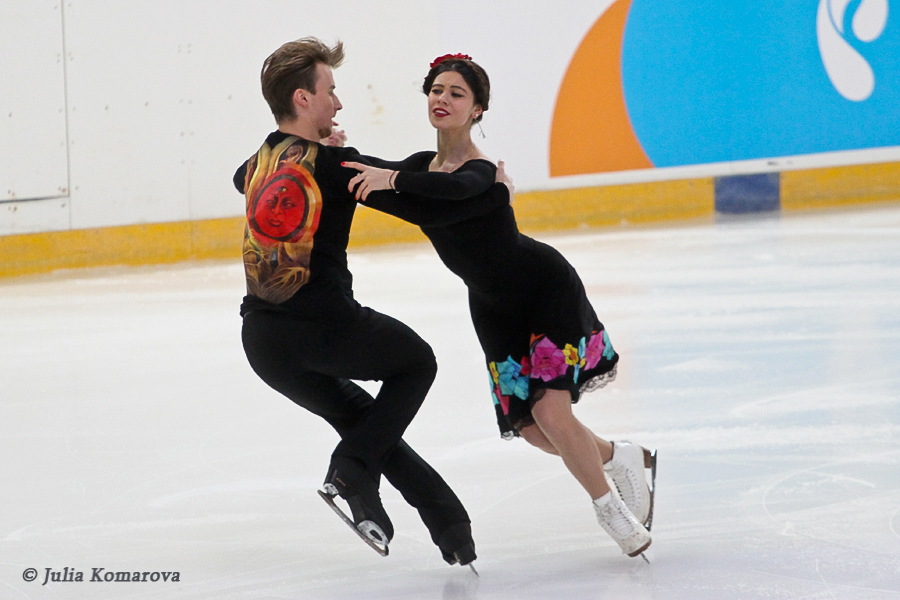 As for the costumes, especially for the free dance, I don’t think that there is a need to change them. We consulted with our choreographer Antonio Najarro. In addition, we studied in detail the biography and works of Frida Kahlo, and the costumes are made by taking into account all these aspects. It was important that the costumes don’t distract from the dance and at the same time give an opportunity to show “graphic” of arms, body…..

Of course Ilinykh and Zhiganshin their first pair of the group and interview is mainly about them, but there also was some information about her other students. 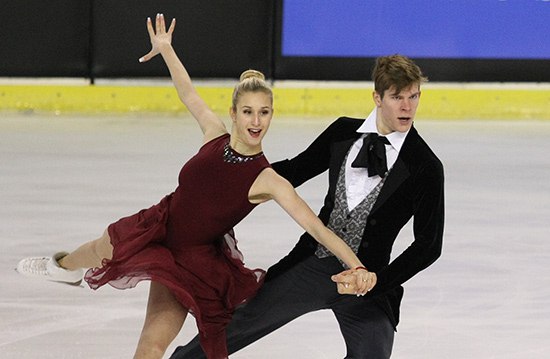 As for the reasons why the debut of Anna Yanovskaya – Sergei Mozgov wasn’t successful as expected and also why they haven’t attended any B events:

The guys (Anna and Sergei) had been preparing well for the season, and did a lot of work. But on September 2, at the same day that French Gabriella Papadakis got injured, Anna fell from a lift at trainings. The fall was very unpleasant – face down. The athlete broke his chin, had other injuries. We immediately went to the doctor, he did his best. But after such an injury firstly Anna wasn’t able not only to skate but even to breathe. Nevertheless, thy took part in the test skates, where Anna performed in a special corset through the pain. A half of month was struck from full preparation and this has prevented them to go to the Grand Prix in the absolute shape.

Poor Anna, hope now everything is ok with her health! Wish them a lot of luck at the Russian Nationals!

Also I want to add that the interview is very sweet and worm and gives a lot of positive impression!