Interview with Robin Szolkowy about his coaching career, his students Evgenia Tarasova / Vladimir Morozov, life in Russia and Aliona Savchenko.

After Evgenia and Vladimir’s free program you was so happy in kiss&cry so it’s no need to ask whether you satisfied with the free program. But how you assess the performance of your students at World Championships in general?

Robin: Evgenia and Vladimir are still very young, they are only at the very beginning of their sporting way to the top of pair skating. Taking this into account, I’m very satisfied. I mean, they still have plenty of time. They are constantly improving their skills in different aspects of skating, work well at trainings, they want to learn and to get better. So I’d prefer not to evaluate particularly this start in Boston, but their progress in general.

We’re moving in the right direction, the preparation goes according to the plan. I think at this already second World Championships for them, guys performed well, proved that not in vain they came as substitutes. The same thing I can say about the European Championships – twice they participated there, twice brought bronze medals. So, I can’t complain. Of course, I’m satisfied.

If to look on the season in general, at the Russian Nationals not everything turned out.

Robin: Maybe it happened because I didn’t come? Of course I’m kidding. The problem was that the Russian Championships was on Christmas. I checked out absolutely all the ways to get to Yekaterinburg by competitions, even skipping trainings, but considering all the transfer flights and the time difference, I had no chance.

This year the situation probably won’t be better.

Robin: And where the Russian Championships is held this time?

Robin: I’ve to admit, I’ve never heard this name, so I have no idea how to get there. 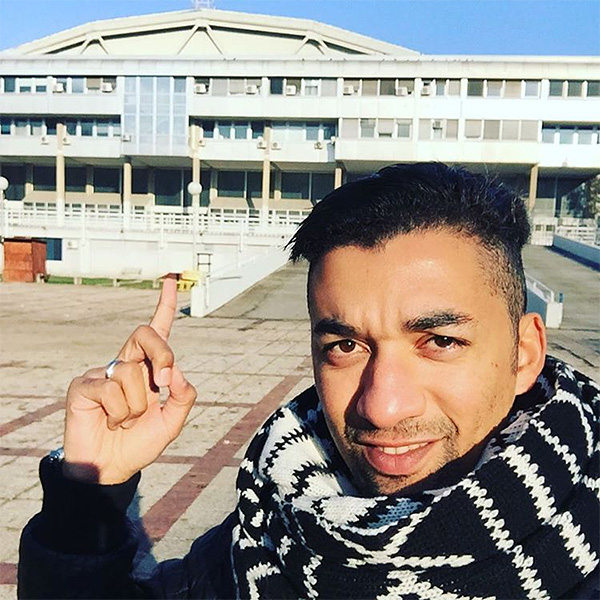 I know that you’ve started to learn Russian. How it’s going?

Robin: I’m still learning, and I really want to learn the language. I have noticed that already can understand a lot more, for example, when guys talk to each other. However, I can say only a few phrases like “I want to buy this-and-this” or “I’m going for a walk in the park”, but this, of course, is not enough for conversation. In short, everything is fine just as long as I’m talking myself. Once I’m asked a counter question, I don’t understand anything. At least, my knowledge of Russian is enough to explain to the taxi driver in Moscow, where he has to take me.

So at trainings you communicate in English?

Robin:  Yes, although, of course, there’re things that If I’m sure one hundred percent I can say in Russian.  In addition, everything depends on the situation: for example, at trainings during the World Championships I can’t let guys also to teach me Russian. Here we have a completely different task, so the trainings are held in English only. By the way, I can say that now Evgenia and Vladimir also speak English a lot better.

Probably it was easier for guys to perform at the World Championships last year, because the audience usually doesn’t expect something special from the debutant?

Robin: As far as I can judge from the outside, this year it was easier to perform. Maybe because guyes didn’t win the spot to Worlds over someone, but got it as first substitutes. Perhaps, that is why this pressure was more occasional. You know what I mean? If Evgenia and Vladimir have won this spot in personal “fight” on the ice, then maybe they would have felt more responsible for the result. But in this situation it was possible to go to the World Championships with our own goals and tasks. Will you continue to work in Nina Mozer’s group next season?

Robin: Hope so. I’d gladly continue this collaboration. Meanwhile, the Olympics is not so far away as it seems. I already have some ideas.

Of course, you won’t tell exactly what the ideas are.

Robin: So far, it’s pretty simple stuff: what exactly we need to pay attention to,  where we should work harder in order to move a step further to get closer to the top pairs. It’s still too early to say whether they have a chance an ability to win a medal. In any case, we can ensure that if someone of the top three makes a mistake, we will be able to take advantage of this chance.

After the European Championships guys were saying that will try to show a quad twist in Boston. According to the planned content the quad twist wasn’t in the plan for World Championships.

Robin: That’s right, quad twist wasn’t even scheduled on this competition, because they had to show a beautiful, confident, clean skate of the program. Of course, in training they do it, but we have other elements, on which we need to work. I prefer when all the elements have been executed well. Not like: you do a quad twist and then get the second level for spirals.

But the problem is not in injuries?

Robin: No, everything is good with the health. We decided to show this element when we’ll one hundred percent sure. 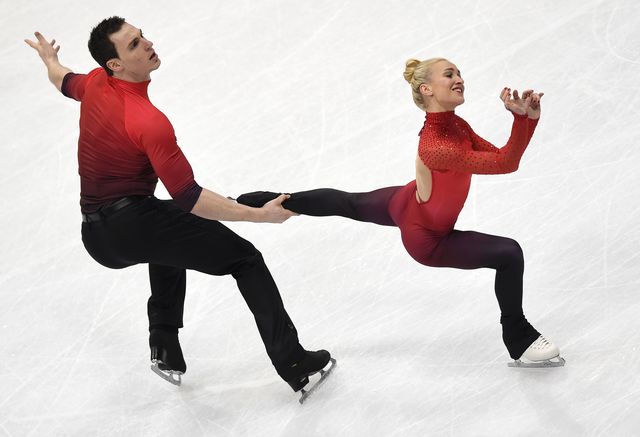 I don’t know whether you want to answer to my last question, but I will ask. Aliona Savchenko is competing again. How is it to see her here?

Robin:  Of course, it’s a special feeling, because we skated together for 11 years and probably still understand each other perfectly, but I can’t say that this situation bothers me or even somehow affects me. I saw a few workouts, short and free programs.

Can you imagine you and Aliona sharing views about competitions?

Robin: Actually we haven’t communicated in the last two years, primarily because now Aliona lives in a different city. Of course, if, for example, we suddenly met in the elevator at the official competitions, I’ll politely say hello, and indeed I’ll be glad to see her and won’t just put on a smile on duty, but we haven’t much common topics for conversation.

Previous post
Kovtun about his withdrawal from Team Challenge Cup
Next post
Deniss Vasiljevs: you can’t give up