Talking about figure skating costumes I need to say that to sew a good costume for male skater is more difficult than to sew a nice dress for the lady. It’s important to keep the balance between costume-y and usual clothes. The skater shouldn’t look either too theatrical or like he bought his costume in the nearest shop. American and European skaters usually prefer “casual” style, Asian skaters don’t afraid of sequence and creative designs. But, as I said, best decision is somewhere in the middle.

What is it? A blouse (my grandma definitely has something like that), waistcoat and a scarf? The waistcoat looks heavy and too wide. The top part of the costume looks messy. This costume doesn’t fit him and has nothing to do with Nessun dorma. He had a better variant for this program that he wear during summer shows. So, I don’t understand why he started this costume experiments. 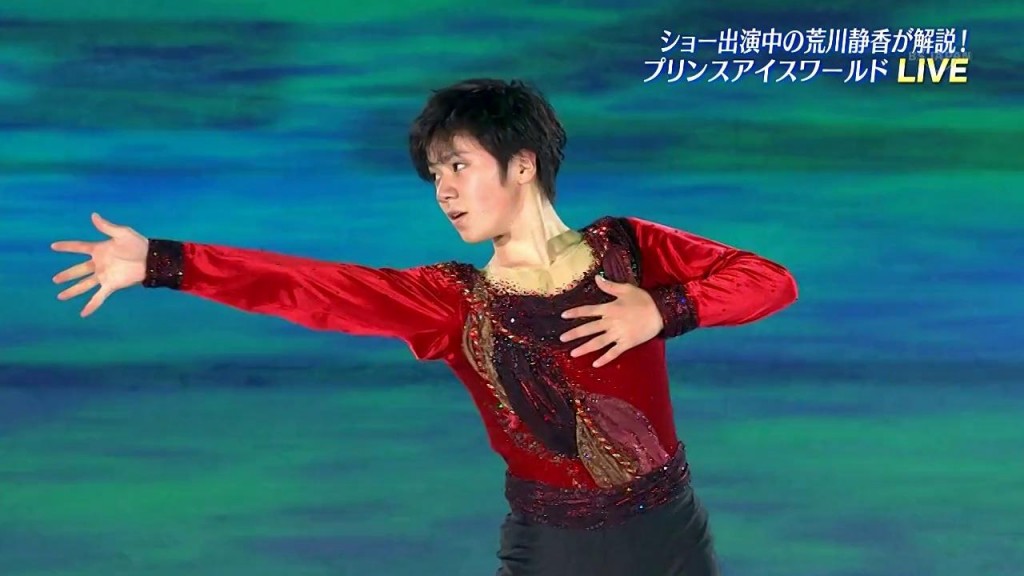 This costume wasn’t a revelation from fashion but at least looked more appropriate for the music and program and was well fitted to his figure.

Shoma Uno is not the only one who made a strange costume choice. Anna Pogorilaya and Madison Chock also disappointed me with their designs.