Interview with  after winning bronze at European Championships 2019.

by Andrei Simonenko for rsport.ria.ru 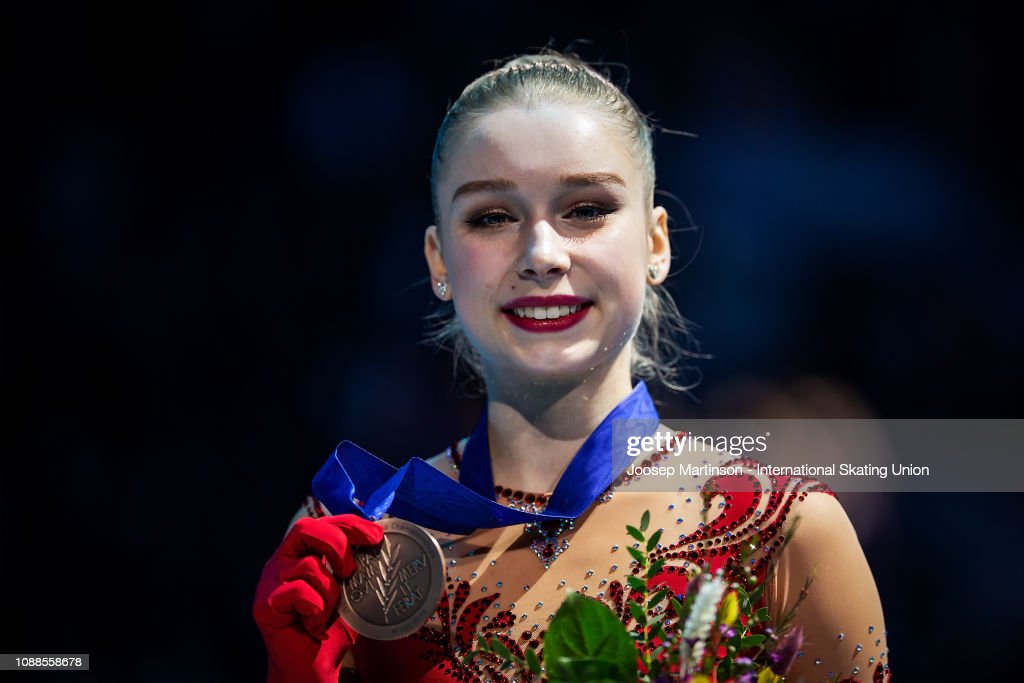 Viveca, in Russia European Championship was the most popular sports even last week. What about Finland? Was your success noticed?

– Yes, of course. I know that figure skating in Russia is a very popular sport. In Finland it’s not so popular, hockey is definitely more popular. But still we were told that 300 thousand people watched the broadcast of women’s free skating on national tv.

Russian skaters say that after such achievements they receive thousands of greetings from fans in social networks.

– Of course, I got a lot of messages. I didn’t even try to answer everyone, only close friends and relatives. But I thanked all the others in one post.

Now in Russia Alina Zagitova and Evgenia Medvedeva are megastars. Do people in Finland recognize you on the streets?

– Not yet. Of course, everyone knows me at my skating rink, but not on the streets. Maybe now start to recognize me (smiles). Although I think they will not let me know that they recognized me. In Finland, people are distant, rarely someone speaks to a stranger.

– You know, I’m here because I love figure skating. I don’t do it for fame or something else. But I understand that popularity can become a by-product of my success.

You have a big sporting family, and all are skaters.

– No, not all. There are five children in the family, I am the second child. My older brother doesn’t do figure skating, although his name is Axel (smiles). But it all started with me, sisters Monica and Fanny, as well as brother Matthias are skaters.

How did you start doing figure skating?

– In general, in Finland, it is customary to teach each child to skate even before he goes to school. Basically, with an eye on hockey. By the way, my elder brother Axel was engaged in hockey. And my first memories of skating – we came to the open skating rink with the whole family, they all put on skates, my dad took me to the ice, holding my hands and I skated with him. I was three or four years old. And then I started to do figure skating.

Do you have idols? In Finland, there were cool figure skaters – Kiira Korpi, Laura Lepisto, Suzanne Poikio.

– Suzanne Poikio was my idol. Although, of course, I also liked those skaters you named.

Did you have a chance to meet with your idol?

– Yes, when she was still skating. But now she works not in figure skating, so we don’t communicate.

All these skaters had a high-quality skating, were elegant on the ice, but didn’t have difficult combinations. In your opinion, why?

– I think because in Finland in the process of becoming a figure skater at a young age more attention is given to skating skills, not to difficult jumps. Then, when children begin to grow up, difficulties arise. Many can’t cope with them and quit.

How did you manage to overcome these difficulties?

– You know, I’m a person who wants to be good at what he does. Therefore, I have never had any doubts. I always clearly knew that I wanted to achieve a lot in figure skating.

When did you start to believe that it could happen?

– Probably, only at the beginning of this season, at “Finland Trophy”, when I managed skate well and took third place. Then came the awareness that I can.

Once you mentioned jumps, I want to touch on a topic that you, of course, know about. In Russia, there are a lot of talk about the girls from Eteri Tutberidze’s group, who at the age of 13-14 perform quads. Tell me, if at the age of 13 you were offered to learn quads, what would you think?

– Probably, I would have thought that it was a joke. But now it has become a reality. Quad jumps no longer look extraordinary in women’s skating, the sport moves forward.

Will you try quad jumps?

– Of course, you can always try something (laughs). Maybe it will work out, I never say never. But I have not even started working on quad jumps yet.

Anna Shcherbakova and Alexandra Trusova, girls with quad, next year they will be able to compete in seniors. How are you going to compete with them?

– It seems to me that now in figure skating it is important not only to make the programs as difficult as possible, but also to have a high quality elements. Therefore, the recipe is this: if you lack difficulty, you must compensate this with quality. And, of course, work on PCS.

Do you pay much attention to it?

– Every day I work on a basic skating skills, on the artistic side of skating. I take dance lessons. In general, it seems to me that it is very important to be deeply in character you perform. Learn to understand what emotions your character is experiencing, then show them on the ice.

Both your programs are connected with musicals – short to the song Wish You Were Somehow Here Again from “Phantom of the Opera”, free program to the themes from “Les Misérables” …

– And I think this is a very good choice for me. There is a clear story, understandable images. When I watch these musicals, I try to imagine myself in the place of heroes and feel what they feel in certain situations. Then I convey my feelings in movements on the ice. But I try to create my own interpretation.

Are there any themes you would like to show in programs in the future?

– Sometimes I want to try myself in something fun. I didn’t have such programs, and I think it would be a good challenge to change the style.

In communication, you look very calm, modest and even a little closed person. Are you sure that a cheerful style will suit you?

– In life, I’m really very calm. But at the same time, I see myself in very different styles. I just haven’t got an opportunity to try yet. If I were given a program that would give me the opportunity to show another side of my character, it seems to me that it would work out well. And I wouldn’t call myself modest. I really do not consider myself an open person, but I have no problems to perform in front of big audience.

Tell about your trainings in St. Petersburg.

– At some point I thought that it would be good for my career to train not only in Finland, but also abroad. To be get new emotions, additional help, to become better. My first coach Nuria Pirogova recommended Evgeni Rukavitsin and his group. I really like to train there, there is a very pleasant atmosphere, an excellent sports center.

Nowadays, when you walk the streets of Finnish cities, you can hear the Russian language.

– It’s true, there are a lot of Russians in Finland. By the way, mostly because I have heard Russian all my life, I decided to learn it. I already have basic knowledge, I can understand what they say. Now I want to learn to speak.

Is it possible to combine school and figure skating? I heard that Finnish education is considered one of the best, but it is not easy to study.

– I study in the fourth grade of Lukio (second grade of the school system in Finland – ed.), I finish next year. Most of all I like foreign languages – I learn Swedish and English. Study is really not easy, but my school is focused on athletes, so I’m supported in terms of a career in figure skating. I study a little slower than the rest, but in general I cope.

School, figure skating – what else?

– I really love to read. For example, in January I read nine books.

Have you already thought what you could do after sports?

– Anything related to figure skating. I have been doing this sport all my life, this is a wonderful sport, and I would like to stay in it.

Previous post
Javier Fernandez: I have achieved more than I expected to achieve
Next post
Evgenia Tarasova: Perfect athlete is the one who works like a clock