Victoria Sinitsina and Nikita Katsalapov: We are ready to compete with Papadakis and Cizeron 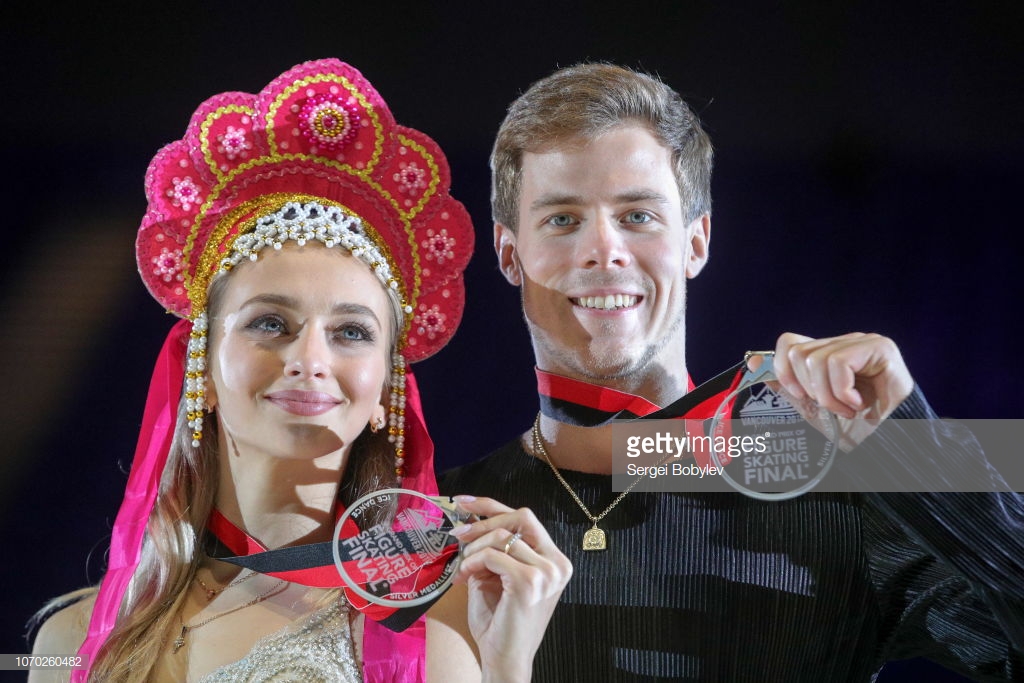 About not getting to Pyeongchang

Victoria: We wasn’t in a state when it couldn’t get any worse. We gathered our thoughts and continued to train.

Nikita: There was no feeling of the abyss, because we were not going to stop and quit. We just started new year from scratch.

About music for the free dance

Nikita: Our coach just brought the music and said: “We will skate to it” and explained why. I liked the idea, I wanted to try myself in a light, calm, flying program. But I still needed a week or two to fall in love with this music.
Victoria: Every season our programs change. This is normal. We don’t copy anyone and don’t try to repeat. We are looking for ourselves and our style.

About silver medal at GPF

Nikita: It will be very motivating, it’s cool and nice. But we are well aware that many pairs haven’t shown themselves yet, but they are training and waiting for their start. We took what we deserved. Before the championship, someone mentioned our internal rivalry with Sasha and Vanya (Alexandra Stepanova and Ivan Bukin), and we thought that once we had a cool skating in Vancouver, it could turn out well in Saransk too. By the way, before the free dance I thought that this would be our seventh performance of the season, so it should be lucky.

Nikita: I just calmed down somehow, after last year’s Russian Natioanals, exhaled and started from scratch. Like I’ve rebooted myself, each practice I started to look for things that turn out, more comfortable ways for me to work. Began to look for a way how to work hard and feel good. After all, figure skating is my whole life.

Nikita: Are we ready to compete with the French pair Papadakis / Cizeron? Yes! It’s cool that we still have time. I have already reviewed our performances on YouTube and understand what needs to be worked on. Before the New Year, we need to work on everything on maximum, to finish the year well. In any case, in Minsk we will do our maximum, and there – come what may!

Nikita: When Vika and I were living in Michigan, Marina Zueva sent us to her friend, an Argentinian dancer. In his house the basement was turned into a dance class, then four years ago we started to work on tango. Tango is my most favorite dance. As soon as they announced that the theme of this year’s short dance was tango-romantica, Vika immediately called Dima Vasin and Sagdiana Khamzina (world champions in Argentine tango) and asked to work with us. We love this dance!

About dancing outside the ice

Victoria: I love to dance, it’s emotions! Outside the ice, I usually dance after competitions, on vacation or at a banquet.

About changing the program during the season

Nikita: Thank God, we didn’t have to change anything, because it is unsettling, you start to get nervous. Especially if there are competitions, for example, Grand Prix, then there is no time. After all, there’s a lot of time at the beginning of the season, you can invite experts and consult. By the way, regarding last year’s free program, we promise to perform it somewhere, it was impossible to keep it, we needed to start from scratch.

Nikita: Of course, Scott Moir! Because this is real dancing on ice, without a single unnatural movement! This is what I would like to watch as a viewer, without thinking about stupid edges. Are they talented from God and it’s impossible to reach them? Well, Charlie White, when we were training at the same rink, told me that Scott and Tessa almost didn’t need to train. Only she had problems with legs, and had to take surgeries. And Charlie has worked around the clock to get to this level. In any case, everyone has his own way. Maybe someone just can’t use talent and someone has a talent not to get out of the ice and to work non stop.

Victoria: How do they look at each other? They just feel each other to such an extent. Marina Zueva told me that as soon as Scott touches Tessa, she immediately changes and her body began to move.

Previous post
Alexandra Trusova: The next quad will be flip
Next post
Tatiana Tarasova: Big tragedies happened at the Russian Nationals