Artur Dmitriev, 11th place at US Nationals 2022, to take a break from his career to develop children’s sport in Russian regions 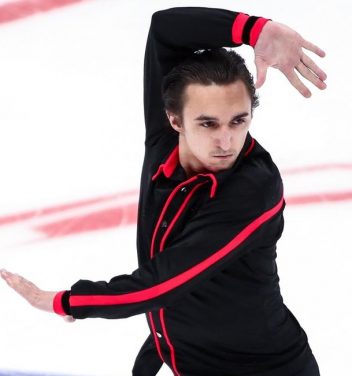 Artur Dmitriev (29), who competed at the last US Nationals, took an indefinite break from his career. View [...]

“For a good landing I lack shape, I need to lose weight” Artur Dmitriev on quad axel attempt at the US Nationals

Former Russian figure skater Artur Dmitriev shared his impressions about his debut at the US Nationals. And also a [...]

Artur Dmitriev: “If we raise the age for ladies to compete in seniors, the level of figure skating will plummet”

Interview with two-time Olympic champion and coach Artur Dmitriev. About calendar of competitions, possible change in [...]

Alexei Mishin: I will be overly surprised if Hanyu performs this jump cleanly this season

Alexei Mishin about the fight for the title of the first skater to jump the quad axel. by Anna Korobkova for [...]

I know that many of you like this handsome Russian guy Dmitri Aliev, so here's translation of the interview with his [...]

Alexei Mishin commented on the performance of his skaters at Nebelhorn Trophy 2016, work with Carolina Kostner and [...]