I don’t think Bobrova Soloviev are satisfied with their result at Cup of China. But at least they took some nice photos)

Katya and Dima aka big brother and sister with Elena Radionova and Alina Zagitova.

Dima also was our spy at the banquet and posted a group photo. Someone forgot to tell the boys that black is official colour of Team Russia at the banquet) By the way, Tiffany gets the prize for the most interesting outfit among Russians)

Dima and Jonathan….without Katya B. and Tiff, but with beautiful Ekaterina Riazanova and Elena Radionova))) 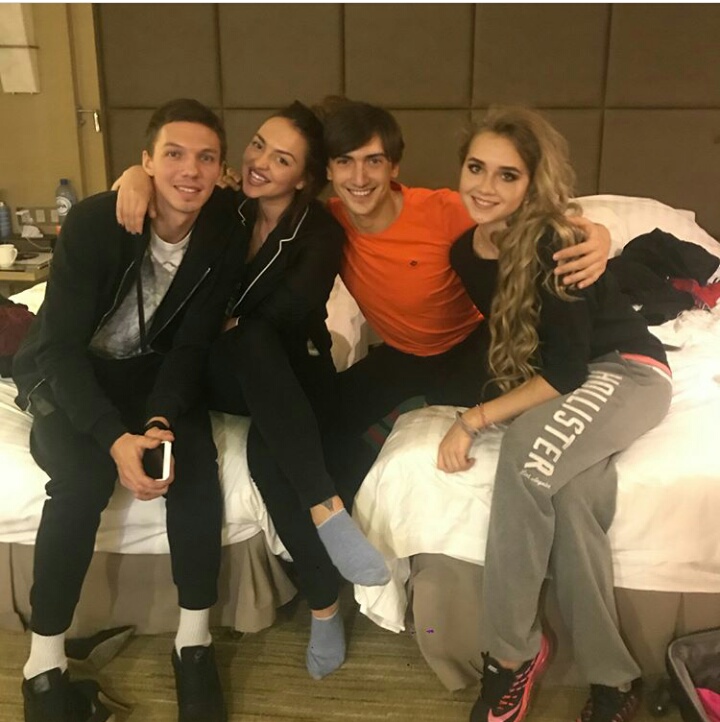 Alexandra and Ivan also went to see Averbukh’s show Romeo and Juliet. Well, now they can count on his positive comments about their skating)))

When I look at Alla Loboda‘s off-ice photos I see very beautiful girl……..why we don’t see that on the ice?! Mystery….

I start to miss Grigory Smirnov’s stylish photos! Grisha where are you?) At least here’s a photo of lovely Anastasia

Elena Ilinykh tried herself as commentator.