Interview with Stanislava Konstantinova who took the highest place among seniors at the Russian Nationals 2019. 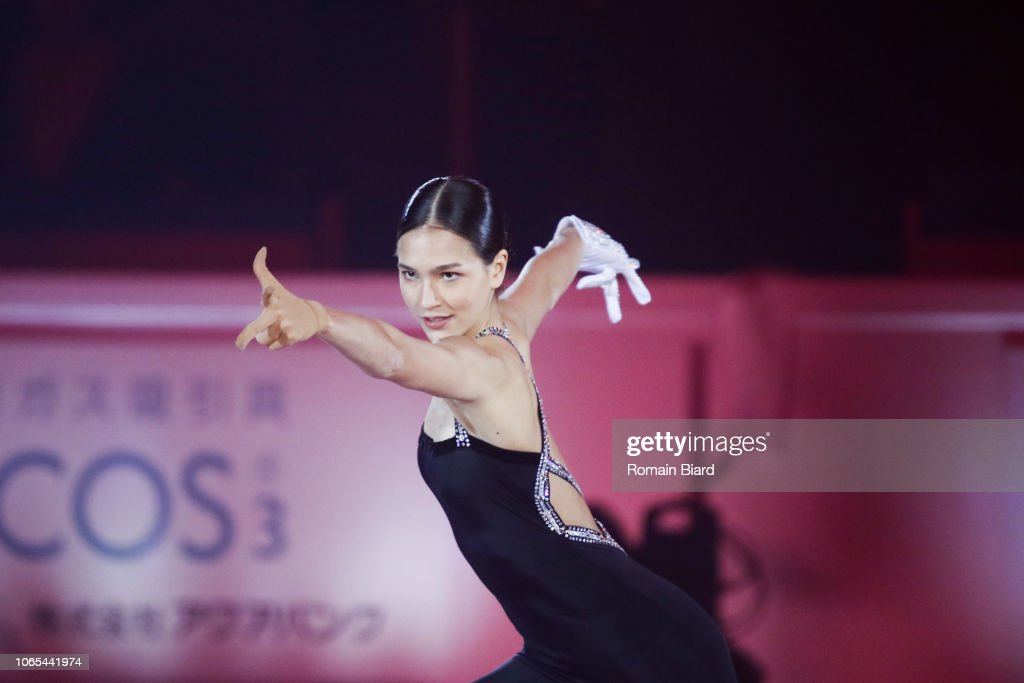 Not everything turned out at the practice session before the free program in Saransk. Can such things throw you off balance?

– Pre-competition practices, also like a warm-up, can go wrong. The main thing is your attitude to the competition. Although you want to avoid reasons for unnecessary worries and do everything as you can before the competition. Otherwise, you’re more nervous. If I go on the ice and feel that my legs are not mine and I start to fall, it’s important for me to make as many attempts as possible and bring myself back to normal. After all, you won’t have time to change anything at the warm-up, you perform as you trained. During the warm-up skater can fall from everything, but had time to feel his body and then skate clean.

You have quite interesting sports destiny, not many girls now begin their senior career at 18 years old …

– The most important thing is how you feel. I don’t consider myself aged figure skater. I did when I was about 15 years old when I skated with 13-year-old girls at competitions inside the country. And it was rather my mistake. Now I tell myself that I’m no worse than younger competitors and I can also perform consistently, achieving good results. It’s important not to look at anyone and go your own path.

Have you ever has a thought that time is running out?

– No, I tried to concentrate on myself more. Also at the beginning of last season, I understood that I wasn’t completely prepared to perform at senior level. This year such readiness appeared, as well as readiness to fight.

There is an opinion, though more in terms of working with Mikhail Kolyada, that your coach, Valentina Chebotareva, is a gentle person. Is this really true?

– I cannot speak for Misha, because each of us has his own approach. But with me she was always tough and demanding. She carefully monitors my weight, discipline and controls everything. So no indulgence. Besides, if a coach always keeps his emotions under control at competitions it’s certainly not an indicator of his rigidity or softness.

So she can easily send you to be weighed?

– Of course. As well as say: “Stasya, what’s the point of going on the ice? Go running instead, there will be no sense from training anyway.” Although this year I found the right approach and attitude to keep and control my weight. Last season it was much harder. But I realized that Valentina Mikhailovna was right and I wouldn’t skate well if I didn’t control how much I weigh.

What is the most difficult thing about it?

– I always eat right, limit myself in sweet and wheat, run every evening for 40 minutes. And that’s enough. Though to be honest, it’s hard. Because I love to eat, I love sweets. True, at the age of 14 I could eat everything and be fit. The first time when I realized that I couldn’t do without some restrictions happened at the age of 16. It was like a bolt from the blue when I heard: “Stasya, you need to lose weight, you can’t jump!”. It was a bit of a knock, for a long time I couldn’t accept the fact that I would have to rebuild myself and my lifestyle completely. Not like today I won’t eat all day and then I will eat two chocolates. Just last year, I realized that it’s impossible to work hard and to starve at the same time, because I won’t last long like that and there will always be fluctuations: two steps forward, three steps back.

When Tatiana Tarasova gave you a standing ovation after your free program at the Russian Nationals in St. Petersburg last year, it seemed to many that she started to support you in a special way. Is this really true?

– Yes, and I’m very grateful to her for this support. Tatiana Anatolievna can make comments on the program, elements, praise for some finds. We always listen to her opinion.

You kept your “Anna Karenina” free program from last season. Evgenia Medvedeva told us in detail what kind of artistic image she conveys and what she sees in this heroine. What events took place in your program?

– At the beginning, I show love, doubt and the flight of the soul. Then she completely surrenders to passion, but continues to doubt, because she feels how other people look at her, hears conversations behind her back, although love is still the main thing for Anna. And in the end, happens what she was so afraid of, Karenina is losing everything.

By the way you express your thoughts, it seems that you read a lot …

– In fact, I don’t have much time for it. But in general I think there are books that everyone should read. This is primarily about the classics, for example, “War and Peace” by Leo Tolstoy and “Crime and Punishment” by Fyodor Dostoevsky. I also like to read about the Middle Ages, now I’m reading “The Name of the Rose” by Umberto Eco, a bit creepy, mysterious and interesting.

You lacked just a little bit to get into the Grand Prix Final. Was you upset?

– After the French Grand Prix, I came home and worked non stop on a great rise, I wanted to become a different person. Then I got sick for a week, it was the week of Grand Prix Final. I was even glad that I was sitting at home, because I was pretty down on myself, as at that very moment the understanding came that I was not there. After all, getting into Finals has been my goal since summer, a big goal which turned out to be so close. Of course, I was sad, hurt and didn’t even believe that I didn’t get there. But I coped with it, told myself that I didn’t work hard enough and didn’t deserve it, so I have a goal for next year.

New Year is ahead and then a few weeks later – the European Championships. Do you already have plans for rest and preparation?

– For sure I won’t rest long. My plan for December 31st to eat everything I want is also won’t happen. I will rest for a couple of days and be back to work. I will do everything to feel confident in training, I will control the weight, because this is already half the work and will try to achieve consistency.

Last year, given the leadership of Alina Zagitova and Evgenia Medvedeva, it was possible to fight only for the third place. This season is very difficult for both of your competitors, the former consistency is gone, which in some way gave a chance to the others. Is there a feeling that the horizons of the possible are gone and, for example, your brilliant performance can bring the highest result?

– I always believe in it, as any person believes in a fairy tale (smiles). If at first you don’t succeed try, try and try again.