Pair skating has stepped into the new level of technical difficulty that made the competition exciting to watch and quite unpredictable. Seems that it will be difficult to claim for medals without either quad throw or quad twist or better both. But this time the quality won over the difficulty. The pedestal at Rostelecom Cup was predictable but the order was a bit surprising. So, here’s my review. 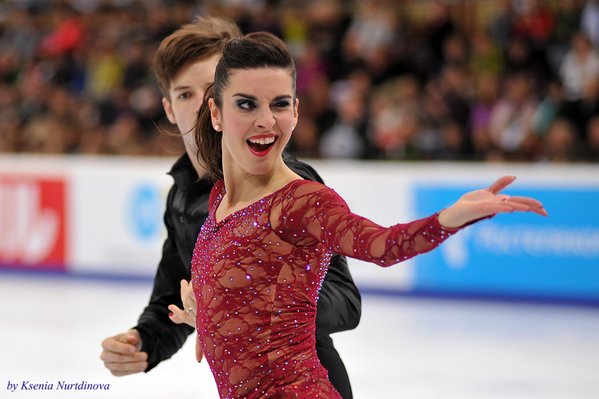 Valentina Marchei – Ondrej Hotarek is just a joy to watch. The performances were far away from perfect or even just good – lifts look heavy, they lose speed before elements, etc. but after every routine Valentina is shining like a sun. Seems she is very happy doing pairs. It will be difficult for them to be a medal contenders this year at European Championships but maybe for them it’s no longer about the medals? Anyway I like this pair, they bring a feeling of holiday every time they skate, even with such strange music choice and as they have in the free program) 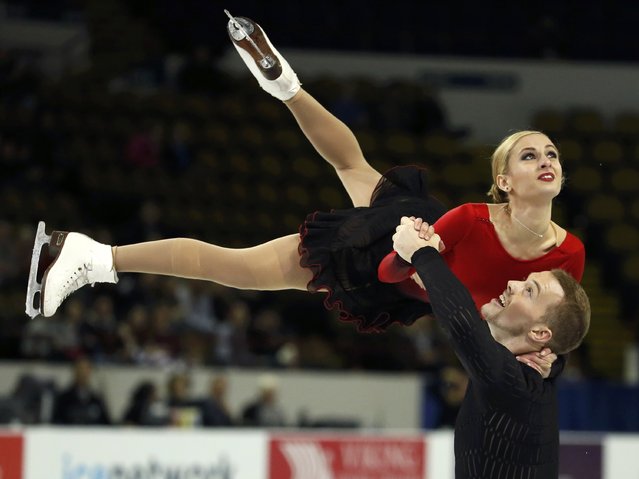 Americans Tarah Kayne – Daniel O Shea with their music choices are being late for exactly one season) Pasodoble for the short and Phantom of the Opera for the free program! We missed this music so much! What can I say about them? They’re ambitious and try difficult elements, I like their intros into the throws. But they lack some small but basic things like finishing all the moves, parallelness, beautiful positions during lifts etc. They are good technically but need to work on refinement and polishing. 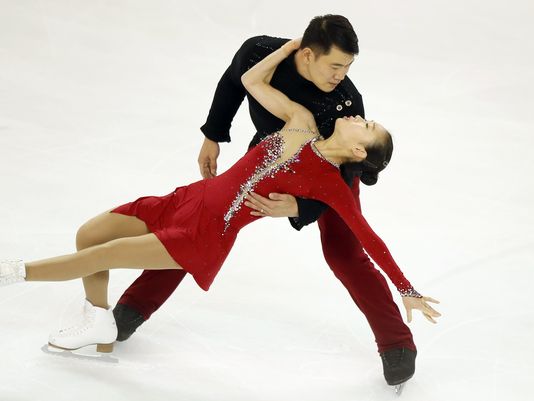 Lori Nichol created great a short program for Cheng Peng – Hao Zhang . Sophisticated and elegant. Tango is not only in music, they have lots of interesting choreo decisions that are totally in style. The music is not so passionate and emotional and that’s good because suits to their restrained manner of execution. What I also like is that they highlighted in programs the personal growth of Cheng Peng, that she’s turns into a top-class pair-girl. This pair also had the best death-spiral at this event. I’m not so impressed by the free program yet. Les Pecheurs de Perles is a magically and beautiful music that just mesmerizеs you. But it’s difficult to be mesmerized when the girl fell so badly from the quad throw. To make a huge impression this program need to be skated clean and perfectly. But it’s only the first time we see this program at the international event, so I wouldn’t make any conclusions yet.

Yuko Kavaguti – Alexander Smirnov kept their free program to Manfred Symphony and it still makes a huge impression and gives you a goosebumps. This is more than just a program, it’s something near to the art. But lets not forget about the technical side, they are trying to do two quad throws! This time the attempts weren’t so good, but it’s a brave move and it’s a challenge. It’s interesting that among all the Russian pairs it’s Kavaguti and Smirnov (the eldest pair) who is the most ready to the changes that’s happening in pair skating. I also like that this season the have a contrast between their programs. Dramatic free and light and romantic short. 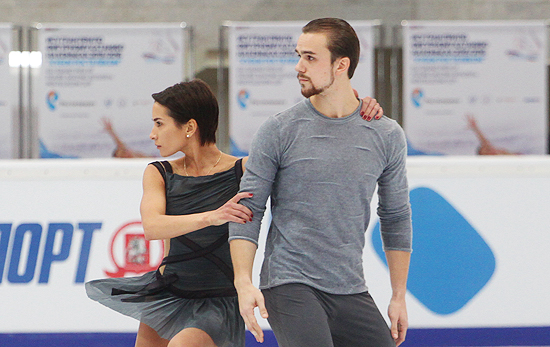 Eventually we’ve seen the real Ksenia Stolbova – Fedor Klimov! Who skate with lots of speed, power and energy! Who’re confident, whose elements are great an with impressive quality. The short program is hot and chik. I still don’t see much chemistry between them, but it was lots of sexuality and when they skated so good you quite forget about the relationships in pair. And I really like the free program. Comparing to the last season’s trash this program looks almost like a masterpiece. The music is not so bright but they are a talented skaters with bright individuality, so they can make this program exciting to watch. But I doubt that without quads it will be so easy for them to win the Grand-prix Final and their 3-3-2 doesn’t look solid yet.

Stolbova and Klimov won the Rostelecom Cup, so this time the quality of execution beat the technical difficulty. Yes, quad throws and twists, side by side lutzes is a risk and sometimes even a lottery, but if you want to win you can’t rely only on mistakes of your competitors. The pair skating already has moved to a new level of technical difficulty and there is no way back.

See also the review on the ladies event at Rostelecom cup.