An Olympic Champion and the coach of Olympic Champions Oleg Vasiliev just after the Russian Nationals gave a comment about the situation in women’s figure skating in Russia. I think that his point of view is reasonable and totally worth discussion. 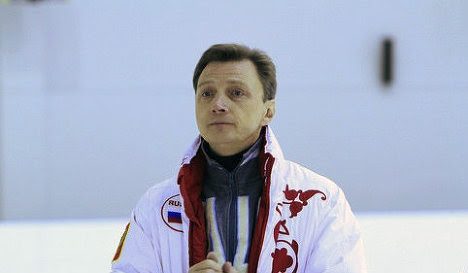 Evgenia Medvedeva is a real leader of this season.

Last season we had a different leader, and the year before the other. In the women’s figure skating we have clear leaders but unfortunately “disposable”. In the meaning that the girls skate for a year and then  “the nature comes”: the girls are changing in all the ways and for a while they fly out of the cage of leaders.

This happened to Lipnitskaya. From the physiology point of view everything is clear but from a human point of view, I wish we have been supportive not only to those girls who show results before they have grown up but also to those who are trying to come back.

For example, Lipnitskaya today returns and it’s hard for her and good that Urmanov found for her. Together they do well, he will help her to get back into the lead, and it’s very difficult. It’s easy to go away but it is very difficult to come back.

Not only “super skating” as Zhenya Medvedeva has now attracts the viewers but the permanence too.

Let’s recall the same Irina Slutskaya, who went into the lead fairly early, but then struggled with her physiology and other problems. But she was the leader for 10 years, and even more, not only in our Russian skating, but also in the world. She will be remembered by all the fans of figure skating for a long time – said Vasilyev

Actually, it’s difficult for me not to agree with Oleg Vasiliev. Let’s just see the results of Russian National Championship. The results speaks for themselves. An Olympic Champion Adelina Sotnikova, an Olympic Champion in the team, European Champion Julia Lipnitskaya, reigning World Champion, European Champion and the winner of Grand-prix Final Elizaveta Tuktamysheva are only 6th, 7th and 8th at their National Championship!! They even didn’t make into the team.

Yes, they haven’t been perfect and didn’t skate to their full potential at this event. But still it’s almost impossible for them to compete equally (in terms of technique) with pre-puberty girls who have an advantage of their weight and body that allows them to do all those 3-3 combination and also be so consistent.

Don’t get me wrong. I’ve nothing against Evgenia Medvedeva. She’s a wonderful girl and a full packaged skater. I like to watch her performances and she’s a favorite to win the European and World Championships. But deep down I also have a feeling that all of this is not for long. Next year, or maybe the year after she will grow up and lose her consistency and some combinations. And we will have another bright and promising young star. Probably it will be Polina Tsurskaya or Anastasia Gubanova.

Maybe it’s good for those who prefer the technical side of skating. But for me it sad that women’s figure skating become so young and girls after 20 become a rare thing at competitions. And I really want to see mature feminine skating as a women’s skating should be. The eternal question what to do? Honestly, I don’t know because I don’t think that ISU and federations will agree to increase the age for the senior competition(

The videos, results and some interviews from the Russian Nationals you can see here: ladies short and free program.

4 Responses to “Oleg Vasiliev about women’s skating in Russia”