Mikhail Kolyada: Everything in life is trifle except family and health

by Anastasiya Panina for matchtv.ru 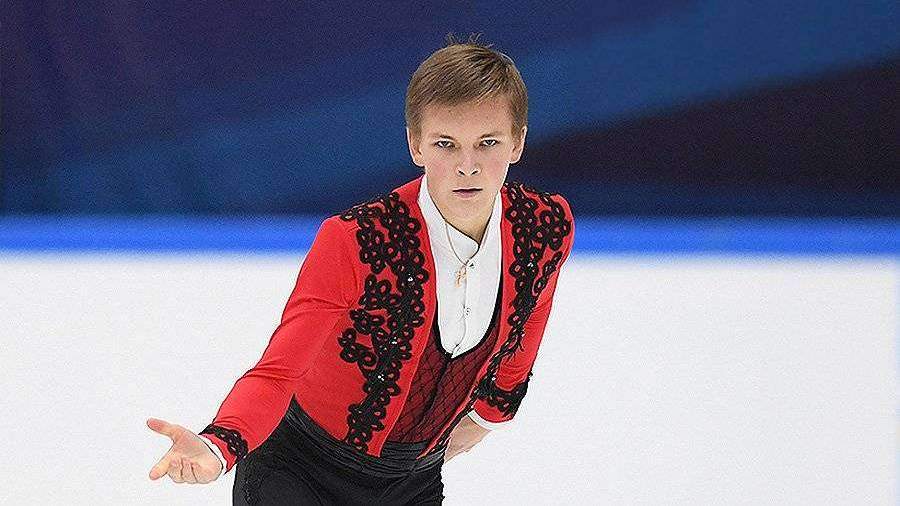 This summer, you and your coach Valentina Chebotareva went to Rafael Harutyunyan. How did you managed to do that?

– At the Olympics, we were taking the bus from the rink, and Rafael Vladimirovich started the conversation. We had a good talk. He suggested: “If you want, come and we will try to work.” Of course I want! After 5 months I came. I really liked it in California and at the rink. They have a healthy atmosphere there. All the guys are great. It was nice to work in such a company.

– The training method itself is different. But I don’t think that the reason is in male or female approaches. I have learned many nuances and am trying to bring this into my training process. It doesn’t always work out. Sometimes health doesn’t allow. We are not robots … But it is also wrong to make it an excuse. If you come to practice, you have to work.

Did you skate at the same ice with his main group? With Nathan Chen, Ashley Wagner, Adam Rippon.

– Ashley and Adam already haven’t skated. There were Nathan, Mariah Bell, Michal Brezina, Romain Ponsart, someone else. Then Nathan went to a show in Japan. Having skated close to him, I saw that it was interesting for both of us. We seemed to exchange challenges.

Do you feel the lack of such a strong sparring in your group now?

– I don’t think about it. In fact, it’s hard when two people are preparing for the same big competitions with one coach. On an ongoing basis, it is very exhausting. It’s great at first, but then the tension negate all the advantages. I would like to continue cooperation in the format of training camps.

A few years ago, Federation didn’t approve your short program at the closed test skates. Can you tell about it now?

– The music is very cool. There was such a movie “The Last Airbender” about a boy who controls the air, fire, water, earth. I liked the melody so much! We did the music cut and the program. But people who were the first to watch it said that the program is strange and doesn’t work for me.

Of course, it wasn’t the same compared to where I was skating funny in a green plaid shirt. It was a different image that could have been revealed well, with an interesting costume.

Is there a chance that you will go back to this program?

– I think no. I don’t like going back to the old. If I see that I came to the wrong place, then I’ll just take another road, but I won’t go back. Of course, there were moments when I started to cling to the old – memories, emotions. But it was important in the past, and the page should be turned in time. That’s why, I won’t go back to this music. And it’s a pity because it was beautiful.

Do you take part in choreographing process?

– Yes, almost all the time. First of all, the result is important, which means the convenience of the program. Second, it should be musical. When it is not in the music, it really knocks me out. I can’t skate and jump apart from the rhythm that I hear. After all our sport is close to art.

For example, how people watch ballet? They don’t come to see “what a cool transition, we should also try to do it.” They asses the whole composition: beautiful choreography to beautiful music. In figure skating, we should strive for the same impression.

Naturally, the original version of the program changes during the season. For example I want to change the jump. I try, it turns out, I like it. So the program is also changes because it is necessary to change the entry and also some other steps before that.

In your opinion, is it possible for a skater to work with one coach all his career?

– It’s possible. I’m a living example. The reason here is not so much in the coach, but in me. After all it’s the athlete who competes and the coach is behind the board.

There’s a phrase from the movie “Only Old Men Are Going to Battle” that I really like: “A man is born alone and dies alone.” The coach helps, along with the athlete achieving success and experiencing failures. But still you go your main path yourself. And when you finish your career, you go on alone.

Therefore, a change of coach may not bring happiness, if you remain the same who you were.

Yes, a change of scenery is useful. Home – skating rink, skating rink – home, routine eats you. And if you get new impressions, then it’s not boring anymore, there is no routine. You understand that you are fine. You’re a little older then 20, you’re healthy, there is work, there is money. What else do you need? Live and appreciate it all.

Sometimes people start saying that everything bad in life. Don’t say that.

My friend lost his leg this year. For a week I was depressed because of this news. Then I came to visit him in a hospital, as soon as I was back in the city. Came and looked at him. He was sitting on the bed, eating calmly, talking – other guys came to visit him. They visited him not for the first time, their shock passed. But I was just sitting and looking at his leg. I wanted to look at him, but my eyes were still looking down. I said to myself “Stop. He is the same as he was.”

When the barrier was broken, we started joking. Of course, he joked. I can’t joke on this topic. Probably because I know what injury is. I had two surgeries on my leg.

How is he feeling now?

– Great. He and his wife went to Finland for the New Year. He started doing sports again, jumped with a parachute, went to Madrid. This year happened more events than in his whole life. And this is great. When people start to forget about a person, just write sometimes “Hold on” this is not support. Real support is when you start taking concrete actions.

In general, everything in life is cool. You just need to be able to see the positive. Yes, there are difficulties. But as the children’s song says, “We will survive this trouble.” Everything in life is trifle except family. Family and health are the main things.

There is such a tendency that parents sacrifice their career and personal life so that the child could do figure skating seriously. They quit their jobs, drive the child to the rink and from the rink, control every step. You grew up in a big family with four children. How could your parents combine family with your sports career?

– Our family has become a big one not so long ago. I have sister – she is two years younger than me. The next brother is 12 years younger and the youngest sister is 15 years younger then me. If we all had grew up together, then I probably would have stopped doing figure skating long ago.

At first my parents took me to the rink in turns. Sometimes grandmother helped. But since 8 years I’ve been going to the ice rink myself.

Now some parents drive children to school, although the school is in 10 minutes walk. I see it every morning from the window, we have a traffic jam of such cars.

To be honest, I don’t understand when parents deliberately give up everything so that the child goes to the sports section. They often stand and watch the trainings. And then in the locker room begin to press the child. When no one supports and everyone only demands and scolds, it can lead to psychological trauma. Then parents realize that they shouldn’t have been so harsh but usually the child has already lost sincere desire to do sports.

In one of the old interviews you said that athletes are the laziest people in the world.

– First of all I meant myself. By the way, this doesn’t apply to trainings, I love to train. But only 6 days a week, and the 7th is a legitimate day off. Sometimes on weekends there is no desire to get up at all.

When a child has been doing sport since childhood, he gets used to the loads. Every day he gets up, trains hard. Next day is the same. Week, month, year. You get used to work at that pace. Studying at the university it was difficult for me to adjust myself to mental work while. I have other “factory settings”, I work with my arms and legs, not with my head.

And if one day I quit figure skating and start to work in the office, first I’ll buy a gym membership. I always need to be physically active.

How do you usually spend your weekend?

– I can’t say what is as usual, because I have something unusual every time. Although last year, I usually went to my parents’ home. In the summer I often go to the country house.

What do you doing at the country house? Mushrooms, river, fishing?

– Definitely not picking mushrooms, I don’t distinguish shades. Sometimes I jump on the trampoline with my small siblings, ride a bicycle. Sometimes we smoke fish, make kebabs. In fact, I’m not doing anything there. The head is resting from the city bustle. You come there and hear how the birds are singing, you feel the breeze, the sound of trees. You go to the river, look at the water and it’s so good. Some kind of energy exchange with nature.

What are you dreaming of, Misha?

– Oh … good health, I guess. For all people. When a person is seriously ill there is nothing worse.

– Sometimes before going to bed I read cars sale ads. I just like to watch them, something like a bedtime story. Why do I need it? I don’t know. Will it be useful to me? No, I have a car. The same way some people like to read forums. I don’t read anything now. Mom sometimes reads, but I have one condition – she shouldn’t retell it to me.

I don’t take offense at criticism. But if I met someone who criticizes harsh me personally, I would suggest him putting on my boots and walk my path. And then we would talk, but on an equals. Then there will be much less misunderstandings.Each has his own way, we all make our choice. And we will be responsible for it.