Konstantin: Anything can happen, it’s possible that I’ll come back. But at this time I’ve finished practicing. I’m not preparing for the season and I’m going to train children. I plan to take a group. But as all the time I will be on ice – you never know, maybe I’ll start to think about coming back!

Can drawn you back?

Konstantin: Maybe. But now injured arm has yet to heal. And I can’t skate with two injured arms. It’s hard. And the youth is gaining on. I understand, before the Olympics bets will be made on the younger generation, it’ll be even more harder to win through. That’s why I decided to retire.

After all the main reason is injury?

Konstantin: Of course. But I don’t wear a rose-colored glasses. I see what’s going on. But to knock on the closed door – that is what I was doing for all my life – somehow I have got tired of it.

In what kind of mood you are leaving the sport – with satisfaction or with a feeling of not full realization?

Konstantin: I achieved something in sport. But initially I had more ambitions. It’s pity, that I haven’t been at the World Championships. It’s sad that everything happened like that at the last Russian Championships. But it’s probably was a sign from above – Kostya, it’s enough to skate, time to do something else. The whole season was hard, with some problems, injuries … At all competitions I had to go through the difficulties. 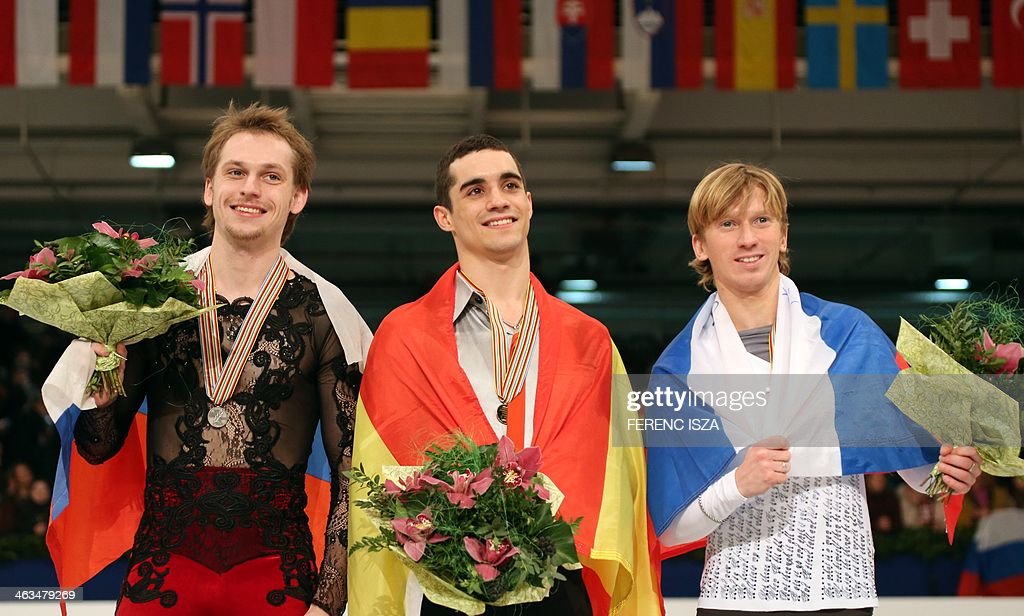 If to remember the positive, then what will you tell the future generations in the first place?

Konstantin: Generally speaking, I’ll tell that you can’t give up. Frequently I had thoughts to finish with the sport, but the desire and belief that things will work out brought me to something. Third place at the European Championships, of course, my most significant result. Plus I had a dream to jump two different quads in one program, and I did it. That if we talk about glodal results, but there are also local.

And there also were the Universiade, where you became 25th in the short program and won the free program, and the famous Russian Nationals 2013, when the principle of sport was broken and you wasn’t included into the team and skaters have organized a campaign under the slogan “We want Kostya at Europeans “.

Konstantin: Of course, a lot of things happened. Maybe I’ll write a memoir later. At each event something unusual happened. Generally in my life, unfortunately, very little that was easy. Troubles, difficulties … But it was doubly pleased when I managed to overcome these difficulties and got a reward.

Throughout your career did you get the understanding why in one day it was a complete failure, and the next day you skated brilliantly? In fact there were a lot of such cases. Feature of character or ability to gather in a situation “worse than ever”?

Konstantin: Probably, both. Of course, I have analyzed a lot what was happening with me. But I didn’t succeed to understand why in one day nothing works out and another day – everything works out. I have worked with psychologists, but I haven’t found the final version how to behave. That is why, such things were happening at the competitions.

Of course you can’t turn back the course of history, but if you, not Maxim Kovtun, had gone to the European Championship in 2013, could your career have gone the other way?

Konstantin: Maybe. But I can’t reasoning on this subject, what happened, happened. Hard to say about things that didn’t happen. And then, in principle, a lot has turned out quite successfully. But, of course, I was pleased that all athletes, and not only athletes, in that situation, supported me. Perhaps, it was only once in history. I don’t know whether it’ll happen again, but I hope that this situation will never happen again.

There was also a severe shoulder injury at the World Team Thophy 2013, on the one hand, a sad event, but on the other – after all you was able to recover and to achieve the best result of your career – to win the bronze medal at the European Championships.

Konstantin: Then I was younger. And now I tired of hearing that I’m old. Then I restored jumps, but in terms of the choreography it was difficult for me, I had to make all emphasises only on one arm. Now I have a second arm injured. Even now it’s not a problem to jump, both quadruple toeloop nad salchow. But the pressure that it’s necessary to give a way to young, played a role in the choice whether to continue to skate or not.

What ambitions do you have entering the coaching path – to win what didn’t win as an athlete?

Konstantin: Of course, every coach puts such tasks and wants to win the Olympics with his athletes. Actually, I have been training for a long time. Of course, I didn’t worked with someone specificly, because I was skating myself, but I’ve been training a girl for 3-4 years, went to competitions with her. Therefore, it’ll be interesting. I’ll try to use my experience in terms of preparation for competition, I hope it’ll be useful. I’ll start working with small children, will see what will happen next. I’ll try not to make mistakes, which maybe my coaches did in work with me. Unfortunately, my whole life I was so “lucky” that those coaches, to whom I came, was learning on me. How to prepare, how to raise, how to put technique.

But perhaps now you know everything.

Konstantin: It’s impossible to know everything, and of course I’m going to learn new things. And then, as I said, you never know – maybe I’ll return in a year!