Today a shocking news have come. Julia Lipnitskaia broke up with her coach Eteri Tutberidze. For those who don’t belive there is an official announcement from the Russian Federation on it’s site. There is also an interesting article by Elena Vaitsekhovskaya that I would like to comment.

Maybe for many Julia’s fan it’ll be a shocking news but actually it isn’t. Last season were a lot of talks and gossips that there is a conflict between Lipnitskaia and her coach Tutberidze. The conflict was serious because in its solving were involved not only Federation but also Russian Ministry of sport. And there is no need to explain that usual break ups with a coach aren’t discussed at such level.

Of course they tried to hide this situation and stop such talks. Even told that they discussed some other questions at the Ministry. There is also a rule in Russian federation that skater can’t change coach during the season and a “transfer window” opens only in spring. So, fans were waiting till May, guessing whether Lipnitskaia will announce about a coach change. But she didn’t.

Formally, the information was quickly rebutted first by the press service of the Russian Figure Skating Federation, and later by the athlete herself. In reality, the conflict was and was serious. Suffice to say that it required immediate intervention of not only the higher ranks of Federation but of Sports Minister Vitaly Mutko too. – Elena Vaitsekhovskaya wrote in her article

Then also appeared lots of comments from Russian figure skating coaches, choreographer and even some unknown psychologists who even have never worked with Julia. They all were talking about her difficult character, that she is headstrong, unable to get along with people and that everything is because of her mother’s interference in the training process. 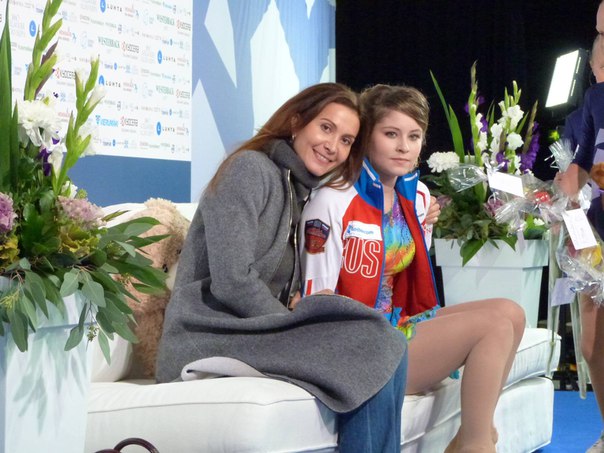 Then Julia and Eteri went to US to Marina Zueva to choreograph the new programs. They also looked pretty sweet at k&c corner at Finlandia Trophy. And it seemed that the conflict have been solved. The only worrying factor was that to France Julia came with Sergei Dudakov while Tutberidze stayed with Evgenia Medvedeva in Russia. So, Eteri’s preferences were pretty obvious.

Moreover, Lipnitskaia’s failures haven’t affected her (Tutberidze). After the Games in Sochi, her group began actively replenished with new students and place of the most promising, and most importantly, start winning prima has already been occupied by another athlete – 15-year-old Evgenia Medvedeva, who won several events of the Junior “Grand Prix”, GP finale and the Junior world Championship. This season, she moved to sinior level, which she also started with victories. – Vaitsekhovskaya wrote.

The same situation seemed to has repeated again. Maybe not everyone remember but before Lipnitskaia, the main star of Tutberidze group was Polina Shelepen. And after Julia had joined the group, Polina firstly changed a coach and after quitted skating at all (now Polina is a coach). Tutberidze created a group with a tough competition between her athletes and it worked, but all her stars shines only before puberty. So, maybe the problem is not in girls. The fact is no one of her stars have been successful after growth and it’s no guarantee that the situation won’t repeat again this time with Medvedeva and Tsurskaya.

It’s also quite a surprising choice of a new coach. It’s an Olympic Champion Alexei Urmanov, who is now a coach in Volosozhar and Trankov’s figure skating school in Sochi. 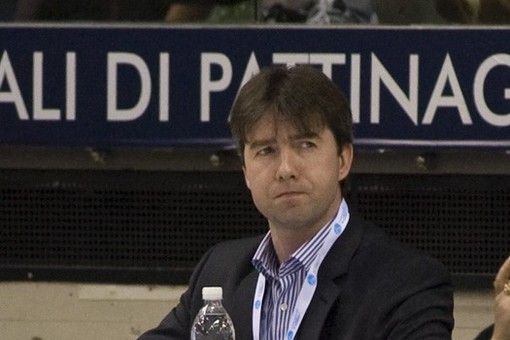 On the question how long he mused before agreeing to take in a group such an extraordinary student, Urmanov said:

I was thinking really long. I analyze everything that happens to Julia, concider all “pros” and “cons”, and concluded that it was probably the right move on her part – to break up with her coach. And I can really be helpful to her. – Alexei Urmanov said.

According to Vatsehovstaya’s article Julia is going to Sochi on Monday. Good luck to Lipnitskaia and Alexei Urmanov, hope this new collaboration will help Julia to find a new motivation in skating and to get back at her previous level.