March 8 legendary figure skating coach Alexei Mishin will celebrate his 75th Birthday, 60 years of his life he gave to the sport.

Here’s the translation of an interview with Alexei Mishin. About his life, sport and coaching career.

The anniversary Mishin will meet at the native rink, where  in 1969 he became a National champion. But everything could have turned out differently.

Mishin: I was born in 1941, so my childhood fell on the harsh post-war years. My father was a military man, he taught theoretical mechanics and wanted his children also to know technique. I was interested in electronics, graduated from the Leningrad Institute of Electromechanics, dreamed of becoming an engineer. The fate was changed by skates and…..a garden-bed. Once my sister received a scholarship and gave me skates, which need to be screwed to the felt boots. And father passing by the City Palace of Pioneers, saw how guys were skating on such around a large garden-bed. It’s how the idea to put me into sport appeared. I was 15 years old.

Mishin: Any sport it’s a slice of the economy and social problems of the whole society. In the Soviet era unity of command reigned, and in sport was acting the scheme of “I’m a Chief, you’re a fool”. Yes, and how else? Athletes received scholarships, skates, uniform – and everything depended on the teacher. Today, a bunch “coach-athlete” works quite differently. It’s a tandem of independent people. Equal partners who do their important work.

Honestly, before in the past I also hadn’t greeted tactics when, for example, hockey players was torn from their families and almost locked up at the training base. It’s wrong to spread this camp mode on sport. And I am far from thinking to watch my students. Though, I absolutely don’t accept drinking and smoking. At me even my former students during the banquets don’t allow themselves to drink or to take a cigarette.

But you too have a rigid method of preparation. You train newcomers together with the leaders, and it is a competition, pressure……..

Mishin: The medal itself won’t jump on your neck. I am sure, nothing activates the athlete and makes him to work more efficiently than a progress of competitor. The team is necessary! The leader who accumulates all the strengths appears. And it’s necessary to work with the young, not like with children, but like with a candidate for Olympic Games, like with champion!

By the way, this approach have been met with resistance for a long time. The chief executives of our figure skating told me: “Why distract on kids? You have the Olympic champion Urmanov – work with him!” “I prepared Yagudin, Plushenko and they told me again:” Work with the champions, novices will wait!” If I had listened to these tips, my career would have ended on Urmanov! 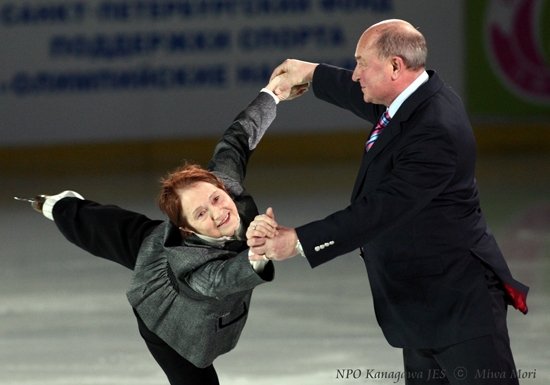 You had to fight not only for methodology, but also to stay a coach. Indeed, in the 80s, you have been restricted to travel abroad. You wasn’t allowed on TV, your books wasn’t publishing…….

Mishin: Now I am even grateful to that harsh period. If I hadn’t tempered then, perhaps, it wouldn’t held in the future.  Although at that time it was not up to philosophy. Imagine – my students went to the European and World Championships, the world, and I talked to them over the phone …

I wrote the book “Figure skating for everyone”. First sample was ready. And here I come to the “Lenizdat” and ask, when will they print the number of copies, and they just shrug: “What book? We cut it long time ago, leave only the color inserts on coated paper “…The situation changed only with the restructuring. I began to take my students abroad, to take the best of the Western schools. That is how were brought up the specialists, which today form the core of St. Petersburg and the Russian figure skating. …

By the way, in 90th years the majority of stars and coaches moved abroad. Including the famous Rodnina, Tarasova. You did not. Why?

Mishin: There is a complex of circumstances. When the country fell, figure skating sharply become expensive. Coaches have left, and what they could do? They were either not in demand or could not have the level of living they deserved. Rodnina, left for a while, Mila and Oleg (Olympic Champions Ludmila Belousova and Oleg Protopopov -. Ed.) have left their homeland forever.

But the reason is not only in conditions but also in the man himself. For example, I have never left, though I was invited to many countries, and remain in demand. My students have the same mindset.

I will also note: very few of our coaches abroad become coaches of Champions. There is a different atmosphere. Specialist comes to America and starts to give lessons to pay for an apartment, gasoline, food, child education. For high coaching problem he has neither time nor energy. All this affects the results.

Today, officials say that, despite the crisis, a lot of money are investing into the preparation of athletes. And in reality? If we compare, for example, with St. Petersburg’s “Zenith”?

Mishin: Skaters and their coaches, as opposed to hockey and football players, are not spoiled. We are used to train even with a minimum of comfort. We often pay our own money for training camps, choreographers and other specialists. I have worked with foreign leaders, so that my skaters could train for free. After all, most of our stars are from the province, often have incomplete and not very well-off families.

I remember how mother of Olympic Champion Alexei Urmanov came to Italy with us as a cook. We could not afford to eat in cafe, and she was cooking a wonderful borsches and roasts. So now at the state level funds allocated fairly. Moreover, in this situation, when in the country not all pensioners have hearty lunch, to ask for huge funding it’s to offend God with complaints and just indecent.

As for the blue-white-blue (football team “Zenith”), if I meet my namesake Alexei Miller, I’ll jokingly ask him from a large pipe to “Zenith” make a small tube and to our figure skating school. But seriously, if you compare the achievements of our students, who have won many awards of highest dignity for our country and achievements of football players – the misalignment is obvious. Sport it’s our job, and it is necessary to do it well. 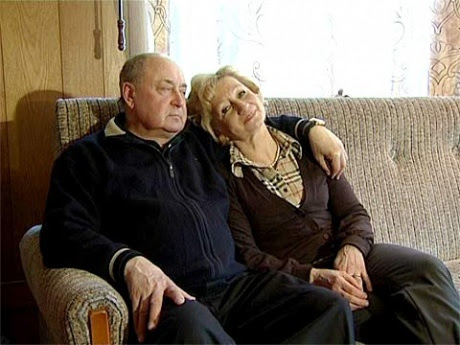 It seems in our city we have all the conditions for this. Nevertheless, in recent years, several well-known figure skaters, including Olympic silver medalists Ksenia Stolbova Fedor Klimov, moved to Moscow.

Mishin: It’s not systemic transitions. On the contrary, to our school come from different places across the country, and we are grateful to the regions for “delivering” talents. In addition, all the phenomena in nature have “oscillating” character. Arthur Gachinski moved from Moscow to St. Petersburg, and has achieved considerable success. Today, on the contrary a strong team for preparing pairs has organized in capital and some rushed there. This is a natural drift. It reminds me of home life, marriage and divorce, which has always been, will always be.

You’re in skating all your life, working together with your wife Tatiana. Sons are also in sport. Do you have time for something else?

Mishin: I try to find it. I love the country-house, our first country-house I built myself. I am also an avid mushroom hunter, fisherman and cook. Stand at the stove, make magic over cauldron, read cookbooks – it’s a real vacation. I have full understanding with vegetable garden. And how else? It’s a kind of drive – to grow a good crop, to put on the table your own tomatoes and cucumbers. We also have two dogs – the Tibetan mastiff, they require serious training. I am glad that my family support me with this. But the greatest pleasure is to hold a grandson on my knees. Now Alexei Mishin Jr. is one year and eight months.

Previous post
Tatiana Volosozhar: preparing for the Worlds
Next post
Serafima Sakhanovich: I want to be remembered by the audience