Ilia Averbukh summed up the results of the World Championships in Boston and told how the things are going for Julia Lipnitskaya and Adelina Sotnikova.

How do you generally assess the performance of the Russian team in last season and particularly at the World Championships?

Ilia: Generally, the season was good enough. At the World Championships we had expected slightly better results, but in general, the team follows it’s own road. The main start it’s Olympics  – everything goes according to plan.

Do you satisfied with Evgenia Medvedeva’s performance?

Ilia: Evegenia pleased a lod. I create the free program for her and she performed exactly as it should be. She has already won a lot, but at the World Championships she was able to show the beauty of the program, especially in terms of the most difficult elements and “jumping choreography”. There was a moment of art in her perfprmance. I am very happy and grateful to Evgenia for such skating.

Did you have doubts about her victory after the third place in the short program?

Ilia: Despite the third place in the short program, all the leaders had almost the same scores. Short program for a long time hasn’t been determining the final places, the main thing – do not let you rivals too far. I think, the third place was optimal for Evgenia. She is under pressure, everyone is waiting her victory, and here she was in a general group, which is very convenient for the start. She calmly won the long program. I was certain that Evgenia has so large margin in the jumping part, that if she skates clean, there will be no rivals for her.

Who was a pleasant surprise of the last tournament?

Ilia: There are two: Anna Pogorilaya and Mikhail Kolyada. Especially, I would like to note Misha, because Anna has been showing good skating for a long time, but could not cope with the nerves. She did it at the World Championships, that’s just great. Misha from the first try broke through a huge competition in the men’s figure skating and immediately took fourth place. This result shows that if he’ll improve in choreography, won’t lose jumping technique and will avoid injuries, his chances to fight for the World’s top three in the next year are very large.

In your opinion what is the reason for Maxim Kovtun’s failure, who took only 18th place?

Ilia: At competitions Maxim is on fever. He is absolutely able to compete with all of his rivals, but can’t show his best at big competitions. He can’t learn yet how to adjust himself to the competition. The problem in his inner state, it’s not even psychology – he just needs to mature a little bit. 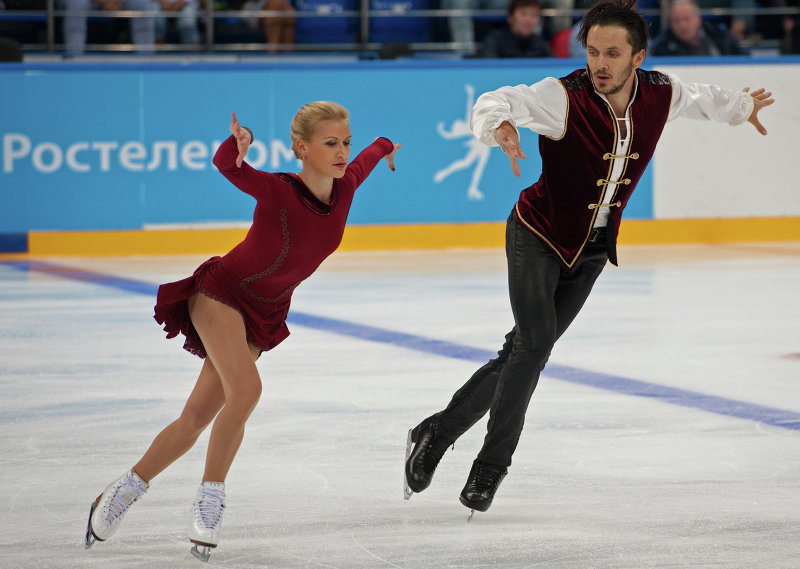 How do you assess the performance of pairs?

Ilia: Of course, their performance can not be called successful. Specific set of circumstances played a role in performance of Volosozhar and Trankov. It’s very difficult to step in the same river twice. The hardest part – to find motivation, which will push you to improve again and again. I think, for Volosozhar – Trankov, who are already Olympic and World champions, it was difficult to find the motivation. The following season will clarify their perspectives. They have everything in order to return. They remain the most powerful and the brightest, but the fact that they are already Olympic champions, a little prevent them to prepare.

Injuries, that dogged them all season, prevented Stolbova and Klimov. It didn’t give them an opportunity to prepare fully, they talked about it not once. It’s also a certain set of circumstances. I don’t think that the Russian team strongly passed the positions in this discipline. In good shape, our pairs can compete with any pair in the world –  with the Germans, Canadians and Chinese.

Which Russian pair has the best prospects?

Ilia: Despite the recent results, Volosozhar and Trankov remain the leaders. This pair has vast experience and huge potential. Everything depends on them – whether they are ready to sacrifice a lot and to make all this way to the top. This year was rich for them – they became husband and wife, and probably were thinking about children. It’s an objective reality. This may adversely affect the hunger to win. Although, there are exceptions – for example, Aliona Savchenko. She is a five-time World champion, but recently has found a new partner and continues to skate.

Did the unpleasant result of ice dancers surprise you or it was predictable?

Ilia: Unfortunately, it is and absolutely predictable story. We were hoping for a miracle, but it did not happen. Our leading pair Sinitsina – Katsalapov made its debut at the World Championships, and it’s difficult to count on a good result with debutants. Would they have been fifth or twenty – it’s not so important, because there are only the first places for us. So this tournament has become their baptism of fire, they got a good experience, but next season we’ll expect a much better result from them. If they won’t take places on a pedestal, the chances to go to the Olympics are  very small.

Is there a Russian ice dancing team, which will be able to repeat the success of Ilinykh and Katsalapov soon?

Ilia: I see great potential in the pair Sinitsina – Katsalapov. They have everything to take first places. There are also Ilinykh and Zhiganshin, who didn’t take part in the World Championships. For them, this season has been a failure, but I think if they start to be angry, they will slao have a potential to return to the leading position. I think the duel between these two pairs will be the key.

What is with Julia Lipnitskaya? When we can wait for her to return to the level of 2014 and to the Russian national team?

Ilia: Only Julia can answer this question. I know that she has ideal working conditions, she is very happy with her collaboration with Alexei Urmanov. Perhaps, they will find those cogs that will give Julia confidence, and she will pass this difficult period of adolescence. She has huge potential, but if she won’t come back in the coming season, she can blame only herself.

Adelina Sotnikova has the similar story?

Ilia: Adelina’s story is similar to Volosozhar and Trankov’s. Sotnikova is already an Olympic champion. While Lipnitskaya won only in the team event, Adelina is a champion without questions. This year, she showed herself as a real fighter, but competition among girls now is just incredible. The following season, everything can be in favor for Adelina.

Read an interview with Oleg Vasiliev, who also summed up the results of the World Championships.

Previous post
Oleg Vasiliev: athlete should trust a coach 100%
Next post
Anna Pogorilaya: happy that I have such life and not another.