Some top skaters decided to attend the Golden Spin of Zagreb (the last event of ISU Challenger Series), we had a free week before the Grand-prix Final…everything to see this event! But…no free stream, and even if you paid for it the quality is far from good, the table with results doesn’t work live. And we’re still talking about popularisation of figure skating?! 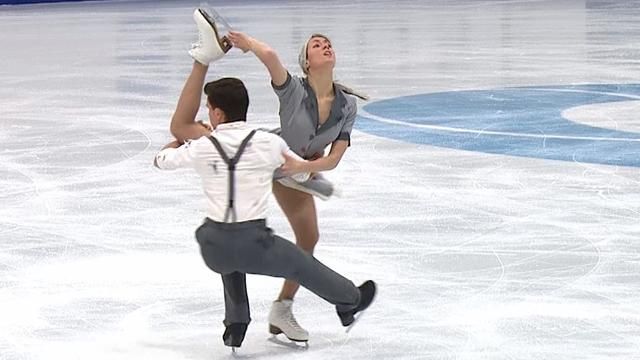 The judges at Golden Spin seem to like the Italian dancers Charlene Guignard – Marco Fabbri. No, I understand they were working hard and improved a lot….but 104,04? Really? That’s the scores of the top ice dancers! The Italian figure skating federation is definitely working for the future. Someday this team will be the first pair of their country and by that time they will already be close to leaders.

I was charmed with Kaitlin Hawayek – Jean-Luc Baker when I saw them skating to Amelie at Juniors Worlds and since than they’re seem not progressing. They have nice dances (I even prefere their free dance to Hubbell and Donohue’s) but I doubt it’ll be enough to be third at the US Nationals. 94,30….Zahorsky and Guerreiro who is a new team got more( 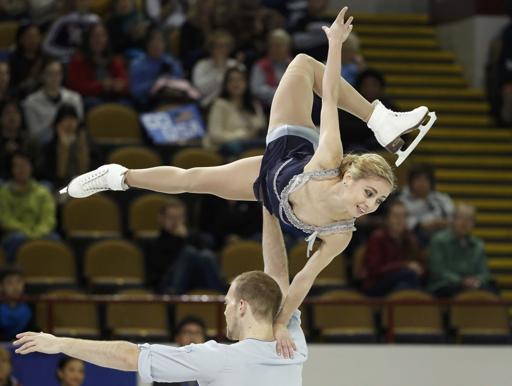 I definitely should remember Tarah Kayne – Daniel O Shea. It seems they are turning into a pretty good pair, a pair with a potential for growth. Yep…The Phantom of the Opera….we missed this music so much) But their free program has lots of interesting details and choreo things, well deserved 119,38 and victory in the free program. The fight for the third spot at US Nationals will be exciting!!

Denis Ten is slowly gaining the shape, but as for me he was too concentrated on jumps and I still can’t get his free program. Maybe a good skate at the Four Continents will help to build the impression?

After a bad short Adian Pitkeev managed to get the bronze. It also looks like he’s planing to do two quads in his free program. Of course he needed to try it somewhere in competitive environment before the Russian Nationals.

It was a disastrous start for Adelina Sotnikova. I really don’t know how to call the six place at such event for an Olympic Champion either than a disaster. The only one she could afford to lose her was Tuktamysheva….Ok, the short program we could call the bad day, just a coincidence. But in the free became obvious that she struggles a lot on combos ( She’s not in a proper shape, she doesn’t seem ready both physically and mentally. Her PCS are lower than 8…..and that’s for an Olympic Champion! And on this point I think it clear that we won’t see Adelina on the main events of the season. I almost hate myself for saying this…..but sometimes it’s better to stop on the peak of your career. Hers was at Sochi.

I’m happy to see that Elizaveta Tuktamysheva improved and her shape is way better now. I don’t know whether it’s an old program (doubt it of course, but who knows) but it was her best skate of the short program this season. She’s gaining the momentum and shape, the 3 axels weren’t perfect but it’s a 3 axel! and she fully rotated and landed them! So, now I’m quite optimistic about her chances to defend her World Champion title.