Elena Radionova: Designer? Why not? I’d like to try myself in this.

Elena Radionova summed up the results of her performance at Rostelecom Cup, told about programs and costumes.

But still it’s the first competition of the season. We tried. Now we need to go further, to take into consideration all the mistakes, to polish the program. I once again got serious and important experience. Last year, at the first Grand Prix I performed without my coach, this year just before my performance troubles happened with Julia Lipnitskaya. But you just need to pass through everything.

Did the preparation go swimmingly?

– Honestly, there were difficulties. It was hard. I gained weight, had some small injuries, and on the eve of test skates got ill. But I’m glad I was able to overcome all of this. I made it to the Grand-prix in Moscow, got in shape, because I love figure skating. It’s my life. I like what I do. Yes, there is difficulties, but I need to pass through this and everything will be fine.

Isn’t it risky to start the season from serious tournament at home?

– With my coach Inna Germanovna (Goncharenko) we have decided that Grand prix In Moscow will be the first competitions of the season, so I was preparing for it from the very beginning. I love to perform in Moscow, there is always a very homely atmosphere, the closest and beloved people, who strongly support me are near. I confess, I was worried before the competition because I haven’t performed for a long time. And when the first practices have passed, confidence appeared, and I felt like a duck to water. I remembered a competition state, all the feelings.

Your next Grand-prix is Cup of China. Are you going to change or complicate something in your programs?

– Inna Germanovna is in charge of this question and I always listen to her opinion. The main thing now, in the remaining time before China, is to make conclusions, to polish the program, to take into account and correct mistakes. Competitive season is ahead, there is a lot of work to do. But I don’t like to get ahead. I prefer to move step by step. 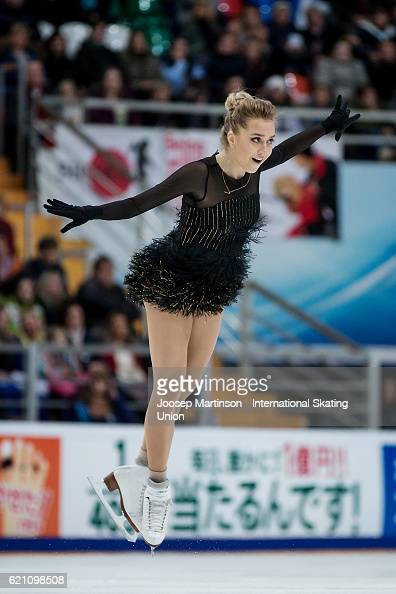 This year you have interesting and different programs, how did you come up with them?

– Tatiana Tarasova suggested music for the short program. Since the end of last season, I really wanted to do the program with Shae-Lynn Bourne. When I came to her we had a lot of musical options, and this one was among them. We consulted with Shae Lynn, consulted with Inna Germanovna and decided that we’re taking this music. We both liked it and the work went very well.

I got great pleasure from working with Shae Lynn. Then we decided to do an unusual dress for this program. Alena Akhmadulina sewed it. We tried to get away from stereotypes, to do not a figure skating dress – without rhinestones, crystals, without finishing, use only fabric. It turned out something new and unusual.

Nadia Kanaeva did the free program. Inna Germanovna really wanted the music from “Turandot”. She said that she sees me in the image of Princess. I also liked the music. Nadia also supported, she said that this character will suit me. it was very interesting to work with Nadia, because each choreographer has it own style, way of skating … I think that working with a new choreographer gives an athlete new experience. It’s important.

This year the program turned out quite different and I love the a lot.

From the side it seems that you feel the short program better and you need to channel the free program more.

– Yes. Short program – it’s mine, my nature. The program is so playful. Turandot is a more serious music, but it is also very close to me. Just need to improve this program. You need more time to polish the free program. But I’m sure we’ll cope with it. 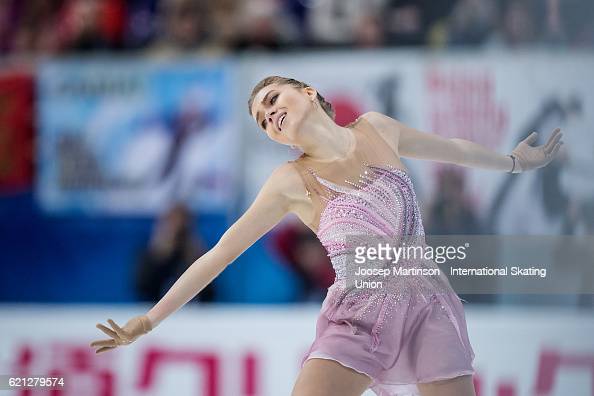 Is it true that the dress for the free program you created yourself?

– Yes, the dress for the free program is completely my idea. I supervised the entire process of its creation. Originally we conceived quite different and we even had a few options. But something went wrong from the beginning. And a couple of days before competition I decided that proposed style won’t suit me. I was thinking what to do and took all the initiative. I was seeing a light and pure image. After all the program has a happy ending so the dress should be tender and personify something positive. I came up with some ideas, plus searched in the Internet, looked some pictures and somehow came up with this dress. Many people have came, saying that the dress turned out very nice. It was nice to hear such feedback.

Maybe in future we’ll have Elena Radionova a designer of figure skating costumes?

– Designer? Why not? I like the fashion industry. I’d like to try myself in this. Even now I’m ready to give some costumes ideas for everyone who wants.

One response to “Elena Radionova: Designer? Why not? I’d like to try myself in this.”