Here are my fashion results of the Rostelecom Cup. Some costumes I’ve already discussed and picked as best at some events, but turned out that this time they also were the best.

I’ve already discussed this costume here. Traditional combination of colors for a Spanish program, but the costume is very well done. Right proportions, emphasizes the beauty of Javier’s body. Moderate amount of finishing, so the costume doesn’t look heavy or too theatrical but he still has an expensive look. Wide sleeves look great in motion and highlight the moves of arms what is important for the choreography in this program. 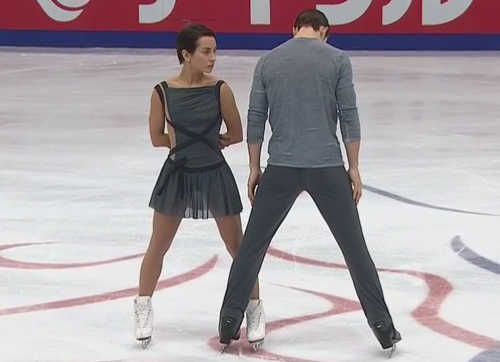 I think it was a right costumes for such program, they help to create the needed mood. Fedor’s costume is simple and looks like a real clothes but it’s a perfect choice for modern style of their free program. Ksenia’s dress has it all. It’s interesting, fashionable. hot, look great in motion and suits her a lot. What i really like about this dress is that it’s sexy but doesn’t distract from Ksenia’s beauty and skating. She makes the dress look amazing not vice versa.

Eventually Adelina wears a beautiful dress! I really want to praise this stylish improvement. This “Valentino’s” dress suits her a lot and stylistically right choice for the program. The drapery was highlighted with a help of an under gray leotard, so it looks even more impressive. I also like the translucent skinny sleeves, they make the arms look more accurate. Even more, the dress with sleeves looks more complete. The only thing I would change is a heart from Swarovski crystals. No, I wouldn’t removed it completely, but maybe chose a black crystals instead of bright pink. 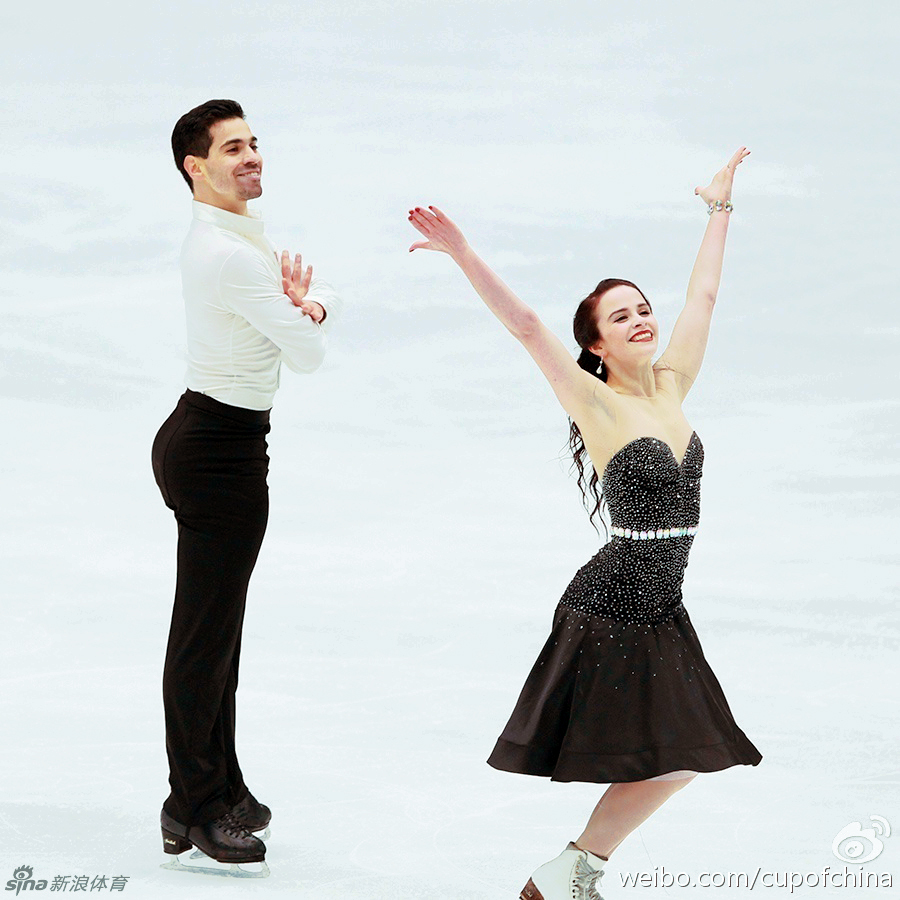 I also have already discussed this costumes here. There were some really beautiful costumes in ice dance at Rostelecom, but as for me Anna and Lucas are the best. Simple cuts, elegant silhouettes, classical combination of black and white. This costumes give you a sweet feeling of nostalgia, Anna looks like a movie star from the Hollywood Golden Era. Her dress is a great example of how to use sequins properly. The dress shines under the spotlights but the sequins don’t grab too much attention. But my favorite part of the dress is white under layer of skirt, looks playful in motion.