Alexandra Trusova: The next quad will be flip

Alexandra Trusova about her performance at Russian Nationals 2019. 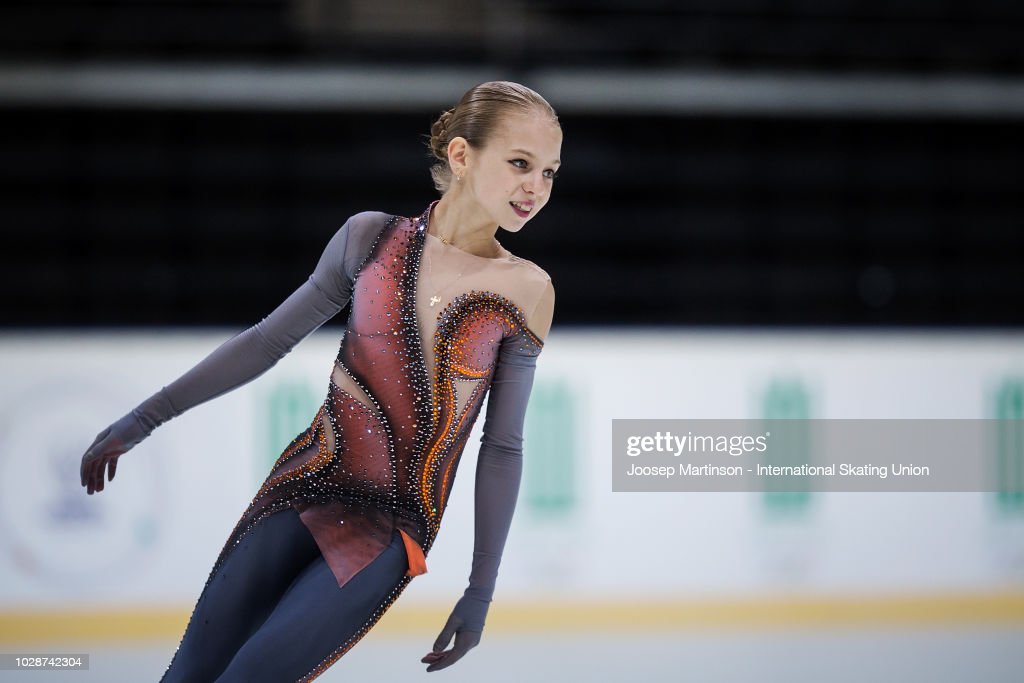 Alexandra: In general, I’m satisfied with my performance, but I was upset that I didn’t do the quadruple toe loop, because everything worked out at practices and there I skated the program clean. Probably, I wanted too much to skate clean.

Actually, I don’t really like to skate last. Everyone has already skated, and you still remain. The girls are walking happy, and I still have to skate. In general, it seemed that I coped, but fell on the toe loop.

The media considered me the favorite? I don’t read almost anything and don’t know what they called me. In social networks I answer fans myself.

I will do everything possible to keep quadruple jumps in the growing up period. I would like to keep them. In men’s skating, I like the way Nathan Chen jumps quads. The season ends, and I will learn new quadruple jumps. Flip and loop are left.

Personally, I thought that I would get a triple axel first, but it did not work for a long time. Quads turned out better, so we started to try them. Salchow and toe loop are similar in technique, only the leg is a little different. Lutz and flip are very similar, so, probably, the next one will be flip. At the same time, you can’t jump quads in the short program, so I also really need a triple axel.

by Yuri Zotov for championat.com

Previous post
Stanislava Konstantinova: I don’t consider myself aged figure skater
Next post
Victoria Sinitsina and Nikita Katsalapov: We are ready to compete with Papadakis and Cizeron