Alena Kostornaia: I dream to be a neurosurgeon 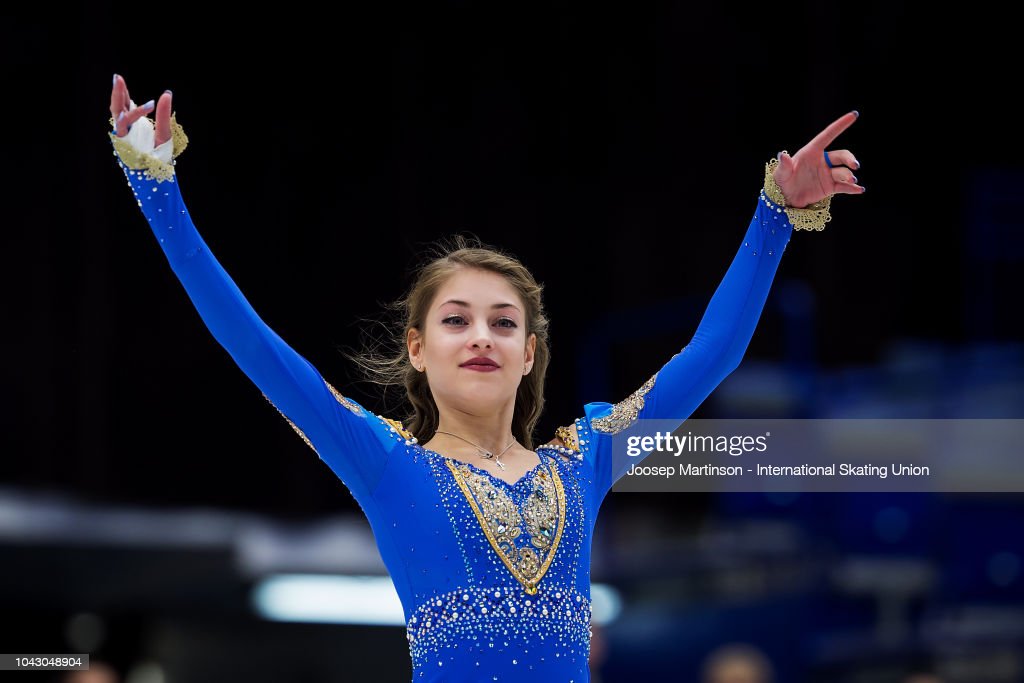 Alena, what are the strong sides of your programs?

– They are well chosen. Daniil Markovich Gleichengauz offered the music for the short program, Eteri Georgievna came up with an image of an angel who comes down from heaven. I heard the music for the future free program at the rink and asked Eteri Georgievna to try to do something to it. The coaches said they would think about it, and at the training camp we began to choreograph the program.

Choosing the music for the programs, do they take your opinion into account?

– Of course. You can offer something, but the coach is trying to find the athlete for the music. Still everyone should like it.

You said you wanted to perform to Edith Piaf.

– It’s to early. Her music is too feminine.

Although you could show it on the ice?

– It’s interesting to try, but still it’s too early.

You said you have already imagined how you will compete with Rika Kihira, Alina Zagitova, Elizaveta Tuktamysheva.

– I try not to think much about it, but to do what I can right now. I know that I’ll face such competition, but I don’t imagine how it will be.

When every day at trainings you see quad lutzes, toe loops and salchows performed by Alexandra Trusova, Anna Scherbakova, what are your thoughts?

– That it’s necessary to train and improve and develop further what I can do better.

Were there moments of self-disbelief when you thought: “Well, how to fight with them and their quads?”?

– Such also happened. But our coaches know how to motivate to work.

Don’t they say how good you are, don’t they talk about your advantages?

Last year you said that Tutberidze have praised you only once that year. How many times have you heard praise from her over the past year?

You showed a triple axel in training, but then it disappeared somewhere.

– When that video was filmed, it was my second attempt of triple axel. Rotation was unstable, I just went and jumped it as could. Then we worked on it, it became quite consistent, two out of five attempts. There were step-outs, falls, but twice I landed it clean. Then after the summer vacation I felt very strong mis-coordination. In the summer I grew up decently. By three centimeters. I grow very, very slowly, so right after 3cm it was extremely hard to get myself together.

So you have reached the growth mark of one and a half meters? According to official figures you height is 148 centimeters.

They say, someone will gain a pound of excess weight and he has no axel anymore.

– It depends. Our boys can gain two kilograms and don’t care. Ate – jumped, ate – jumped. For us, girls, everything is different. For us, 300 extra grams is like three bags hung on you. In the air, it is felt very much.

But you being petite look tall on television.

– This is the merit of Daniil Markovich and other coaches. They also teach us this, explain, show.

Is Gleichengauz in charge of stretched arms?

– Eteri Georgievna and Daniil Markovich. Together they devote a lot of time to the program. Even if you think that they will not see your unstrached leg, you are wrong. They see everything. “Go and do that again, this is not what we choreographed”, so they can say.

Do you have your own vision of figure skating?

– First of all, it called figure skating, so there should be beautiful lines and smooth gliding, but don’t forget about jumps to make it interesting for the viewers.

Last year, you confessed that Alina Zagitova and Kaitlin Osmond have the best jumps. Has the situation changed?

– I still like Alina’s combinations, especially with the loop, I really like the way Rika Kihira jumps, but not all of them, just several elements. Kaori Sakamoto and Mako Yamashita jump beautifully – practically without preparation, at tremendous speed and with great height. Ensoo Lim also has impressive jumps.

Whose triple axel is better – Tuktamysheva or Kihira’s?

– Both girls jump it nice and clean. I can’t praise only Liza just because I’m a patriot. After all, Rika is also worthy of respect. She learned this axel after a long struggle with it. In general, Liza and Rika have two different techniques that cannot be compared.

Are you motivated by Kihira, who struggled at the junior level and achieved great results in seniors?

– I saw how nervous she was in trainings in juniors, but it’s her first season in seniors, which means no pressure, no responsibility. I think she began to succeed because she let herself go psychologically.

Next season you will debut at senior level. Will it be easier than now?

Because it will be your first senior season?

And then the second will come, and everyone will wait what will Kostornaia show us, who, let’s say, won silver at the Russian Nationals in Saransk in December 2018.

– But I don’t think at all about place I will take and points I will have.

Do you still have a dream to become a neurosurgeon?

– Yes. I still think that I will succeed.

Masha Sotskova entered GITIS, the choreographer department, I know that the coaches weren’t happy about this.

– This year I finish the 9th grade, next year I plan to finish the 10th and 11th graders and enter medical university.

Will it be possible to combine a career and such a university?

Coaches will certainly be against it.

– I don’t think that there will be any problems, because every person has a dream, and every skater has goals besides figure skating.

For example, according to plan you have training and the university practice in the morgue. What will you choose?

– There was one moment … Grandma wanted to discourage my desire to become a neurosurgeon. So she told me: “Let’s go to the morgue.” I wasn’t scared and replied: “Let’s go.”

Did you really go?

– No, we didn’t go. But grandma thought I would refuse. She wanted to scare me, but she failed.

Does your mom support your neurosurgical perspective?

– Mom supports everything I say. She will think why, she will have a lot of doubts, but if I said something clearly, then my mother will support. Well, most of my decisions, if she believes that I think quite correctly.

4 Responses to “Alena Kostornaia: I dream to be a neurosurgeon”