Now Russian Figure skating Federation have its own blog at one of the Russian sports portals. Here they post some interesting stuff, as pretty informal interviews with skaters. Here’s the translation of some parts of interview with Adian Pitkeev.

How is recovery going?

You’ve shocked everyone saying you skated through the pain at the Russian Nationals. Maybe it was better to withdraw?

Adian: I was also unwell then. Because of that morning training wasn’t very successful. It was painful to do elementary crossovers, I was skating as lost. Before the start I was in complete devastation, and after the fall, didn’t even remember what I was doing.

But you want to perform no matter what?

Adian: People paid money to see the competition. Of course, I couldn’t show them the full performance, but despite the pain, wanted to perform well. I knew that I could do something, even, perhaps, to get the top three. But after falling on the perfect jump, I didn’t understand what had happened, and then I was absolutely devastated. I just wanted to skate the program up to the end.

Adian: I was touched that so many people came. I couldn’t tell them, “Sorry, I will not skate today.” Two years ago there were no spectators even at the Cup of Russia. I came to stands and I could sit anywhere. And this year I could hardly find a place on the stand for athletes. When I was at competitions in America, I remember how everyone applauded and supported Jason Brown. Then I thought, “Wow, cool! I wish in Russia would have been the same. ” This year specifically wanted to get to the Cup of Russia. It was very cool when the announcer said my name, and the audience began to applaud.

Adian: Helps. This man knows what he is talking about. He’s highly respected athlete. 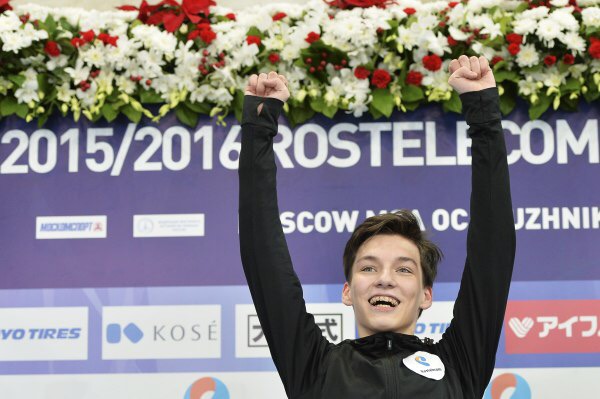 In the women’s figure skating many girls are friends. And how are you guys?

Adian: Everything is very good and even much better. We often joking with each other.

You often communicate with Sergei Voronov. How is he?

The age difference is felt?

Adian: I’m quiet but if there are people who are thick a lot, it is very annoying. I also don’t like when somebody told what I should or shouldn’t do.

And when you lose, stick flies into the wall?

Adian: Yes, it happened a lot of times.

Behind the tranquility screen hides a hurricane?

Adian: I play in tanks, and there come off. To be honest, there twenty-four hours a day, seven days a week I’m banned. in chat. Yesterday I was unblocked and an hour later again banned..

You said you can’t stand the Periscope. So, we shouldn’t wait for you In this network?

Adian: No, I don’t like such shooting, I don’t even take photos.

In general what do you think about social networks?

Adian: Positively but in networks I generally play games and listen to music. I Used to play the electric guitar but now it’s no time for this. 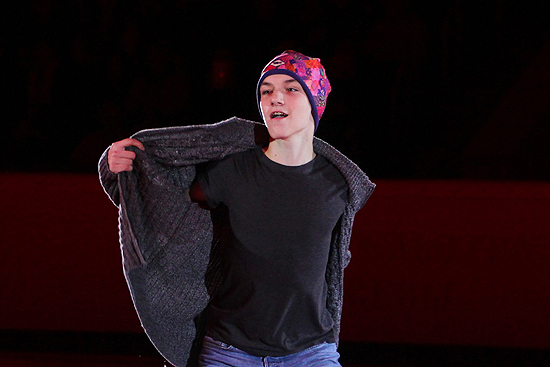 You had a group?

Adian: I wanted but not many people play at a good level, and I wanted to play as well as possible.

And now can you play something?

Adian: Till now I fully remember the song Fade to Black by Metallica. I like to take high notes on the guitar, I love the various solos, can improvise for five minutes without a break.

And how did you learn to play?

Adian:  I watched the video in Internet. By the way it’s how I learned English. There is no such videos In Russian. A lot of people play but don’t record video and don’t share skills.

What was the last book you’ve read?

Adian: Now I read not so much. Earlier, when I was fourteen, I read fiction, “Metro”, “Stalker” etc.

Adian: I have a favorite book – “Robinson Crusoe” by Daniel Defoe. I also read “Mysterious Island“, “20,000 Leagues Under the Sea“, “Captain Nemo,” “Tom Sawyer.” But I do not understand the books, which everyone read today.

Adian: I don’t want to read it at all.  I have a negative attitude to the movie on this book.

Adian: Perhaps the adults like it. But many young girls read, that’s I don’t understand. Everyone read not because they want to, but because now everyone doing this. And then they ask me, why do I play guitar? Because I like it!

Adian: I love movies with a good story, good play of actors, interesting dialogues. So that is why it’s mostly the films of Quentin Tarantino.

Do you have some other hobbies?

Adian: I have an opinion that if I start doing something I do it specifically. I don’t understand people who are doing so many things, but don’t reach peak in any of them. I prefer people who have a couple of things, and they are deeply involved in them. With such people at least  you have something to talk about.

Would you like someday to try something of extreme sports?

Adian: I wanted to do snowboard but I was dissuaded, it dangerous, and now is certainly not a time for this. It’s better to do something safe, for example play the guitar. Although one time when I played three o’clock without a break, bent much over a guitar and a string broke and puched me at eyebrow. So, you can get injured even playing the quitar (laughs).