Alexandra Stepanova and Ivan Bukin: The goal for Europeans is to improve both technically and emotionally

by Veronika Sovetova for tass.ru 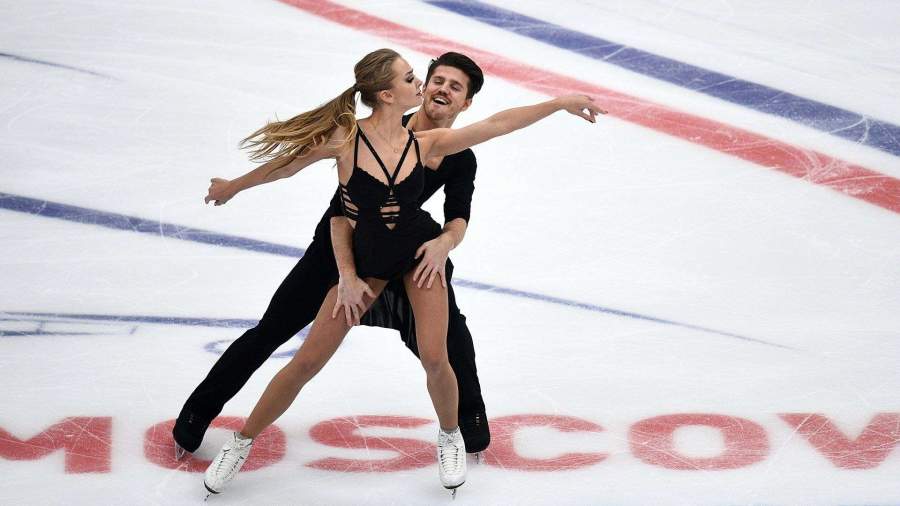 Sasha, Ivan, congratulations on getting into the national team for the European Championships. How did you react that you did not manage to do this being the first number, letting Vika Sinitsina and Nikita Katsalapov ahead?

Alexandra: We made mistakes and were punished for them. Now all this needs to be fixed. Ice dance is a difficult sport in terms of judging, often even professionals may not notice mistakes.

Ivan: But now we know where we are going. It is necessary to do everything so it wouldn’t look unfinished or raw.

Alexandra: To be calm and confident, and not to be nervous because of the moments that could be worked through in training. After the Russian Nationals, we discussed this a lot.

What is your goal for the European Championships in Minsk?

Alexandra: To improve both in levels and in emotions. We want to show both programs on maximum, to “Wow”.

It happened so that in the pre-Olympic season, your competitors were two pairs, and at the pre-Olympic Russia Nationals you lost only to Ekaterina Bobrova and Dmitri Soloviev. Then Vika and Nikita weren’t able to compete with you because of the injury. Now you compete for leadership with Sinitsina and Katsalapov.

Alexandra: We are glad that we have such a rivalry. Yes, on the one hand, it’s very difficult to be an obvious leader, but on the other hand, we could have taken the leadership.

Ivan: But it’s ok, it’s very useful! This is a great motivation!

Alexandra: You know, we are not looking for easy ways. So it happened that since childhood, Vanya and I have got used to difficulties, few people liked us. Vanya is the son of an Olympic champion, it’s not very common to believe in the talents famous parents’ children. I, it seems to me, wasn’t anything – long, with straight legs.

In my opinion, the legs are very beautiful. Especially with skates.

Alexandra: (laughs) Thank you! I just want to say that we constantly went through some obstacles. And the easy way is wrong for us.

That’s why you didn’t get out of your way because of not getting to the Olympics?

Ivan: Now all this has already faded away. Now I perceive this as a lesson and as a motivator. Now we want to prove ourselves even more, to show what we can do.

We have never been to the Olympics, so we lost what we didn’t know, but we really wanted to know. Yes, at first we didn’t understand what was happening to us, but when we did … It was a shock.

Alexandra: But then we got together. We understood that it should not break us, we are athletes! You know, many people wrote to us then “Just don’t finish your career.” But we didn’t even think about it. This is sport, this is our sport, our future.

Ivan: So much work, so much time, so much effort was invested. And just to turn back? Because of someone’s injustice? This is simply impossible. We know what we want. This is really our life. When you don’t perform in the offseason, you just cannot wait to compete. And it’s not about physics at all – it’s the atmosphere, the fight, the nerves, the worries about your partner and team-mates, all these are emotions! Yes, you are devastated, yes, you are tired, but it passes very quickly.

What do you think about current boom around women’s single skating? Does it hurt that it diverts attention from other disciplines?

Ivan: Looking at them, you understand that there is no limit to perfection, that it is possible to grow breaking the ceiling. Both Zhenya Medvedeva and Alina Zagitova are just titans. But we are all human, everyone can make mistakes, this is normal.

Now girls need support, it’s not easy for them, all these are colossal nerves, gigantic work. The whole figure skating team supports them, worries about them and doesn’t doubt their success. This is called sports respect.

Alexandra: Alina won the Olympics. It would seem that the goal was achieved, but she came and just skated greatly at several competitions. All this regardless of age, the changes which are taking place with her, which made more than one female single skater to stop.

And Zhenya? She went to another country, changed her whole life for the sake of figure skating. I can not even imagine how much she had to change in herself. She has been through so much and continue to fight. Therefore, we look at their skating and can’t take our eyes off. And when something doesn’t work on the ice, something inside us just breaks.

Ivan: Kowtow to coaches who raise our female single skaters, one is better than the other! Good luck to them all in the new year!

And what would you wish for yourself in this new year?

Alexandra: Do not go astray, do not lose faith in ourselves and our team.

Ivan: Every year I make the same wish. It is personal, it relates to our team. I hope eventually it will come true.

Previous post
Elizaveta Tuktamysheva: Junior girls are moving women’s figure skating forward
Next post
Alena Leonova: Our girls have no one to compete with at Europeans. Only with themselves