Maybe with all these competitions simultaneously it was difficult to notice, but today is Sunday and it's time to check [...]

Hello figure skating fans, time for our little Friday tradition. Russian ice dance, you never know when the drama is [...]

Ksenia Stolbova: Carmen is the best choice for our pair

Small part from upcoming interview with Ksenia Stolbova and Fedor Klimov by tv-commentator Alexander Grishin. Why [...] 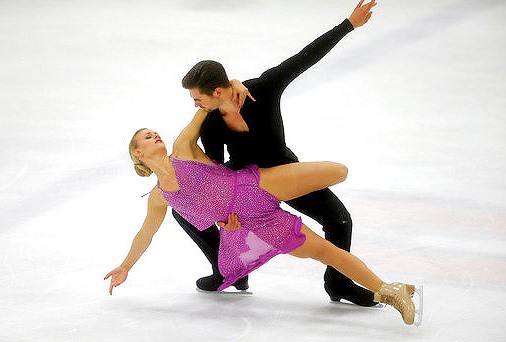 Ilia Averbukh: Unfortunately for all the rivals Medvedeva is in brilliant shape

Ilia Averbukh summed up the results of Russian test skates 2017. What are your impression from the test skates? - [...]

Anna Pogorilaya: I missed the week of trainings due to old injury

Unfortunately we haven't seen Anna Pogorilaya at the test skates, so I think a little update on her will be [...]

Julia Lipnitskaya: The page is turned, I have new life and new plans

Translation of Julia Lipnitskaya's interview about finishing of her career. Julia, how well-considered was your [...]

It's Sunday and it's time to check Instagram. Even Russian test skates can't change that) But who said we can't include [...]

Evgenia Medvedeva: A cold head and a hot heart

Translation of recent interview with Evgenia Medvedeva. Evgenia, how was the previous season? Was it physically [...]