I can't say that I'm agree with the first results in ice dance (especially with first and second place). But I will try [...]

Sinitsina – Katsalapov: did the maximum we could

Victoria Sinitsina / Nikita Katsalapov comment on their performance in the short dance at World Championships. It's [...]

Tuktamysheva: first two places will be ours

I think it's so sad that we won't see 2015 World Champion Elizaveta Tuktamysheva at this Worlds. Women's figure skating [...]

Volosozhar and Trankov: We always feel good together.

Another interview with Tatiana Volosozhar and Maxim Trankov. The original interview in Russian is here, there are also [...]

It was the last week before the Worlds, and skaters seem should be really busy and concentrated on preparation for the [...]

Costumes play huge part in figure skating, but in ice dance it a very important thing! Costumes can help to make your [...]

Volosozhar and Trankov: at competitions we live in different rooms

New interview with Tatiana Volosozhar and Maxim Trankov. It's the translation of the interview for teleprogramma.pro. [...]

Short interview with 2016 World Junior Championships silver medalist Maria Sotskova, who due to injuries of Tsurskaya [...]

45 girls performed their short programs at World Junior Championships in Debrecen! But unfortunately it wasn't too [...]

Lots of great photos have been posted this week. Was difficult to choose the best. Let's take a look what interesting [...]

Elizaveta Tuktamysheva told about problems of this season and preparation for the Team Challenge Cup. Elizaveta: I'm [...]

Lots of skaters and creators of their costumes find the inspiration in works of famous designers. I think the most [...]

Lots of great photos were posted last week on instagram. Here's my selection of the best: Shibutani are the regular [...]

Now it's official - Sergei Voronov stopped working with Eteri Tutberidze and moved to CSKA to train with Inna [...]

The translation of some parts of the recent interview with Adelina Sotnikova for championat.com dedicated to 8th March [...] 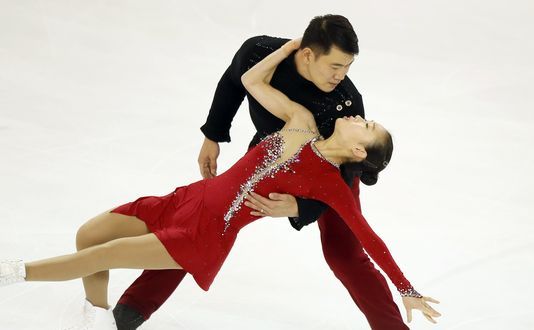 The deadline has passed and now we know the entries list for the Worlds Championships in Boston. I was surprised that [...]

This season wasn't successful for Alexandra Nazarova and Maxim Nikitin. They took part in Grand-prix in USA and senior [...]