Trophee Eric Bompard 2015 promise to be one of the most exciting GP events this season. The pedestal is not totally predictable in all disciplines and the fight for medals will be tough! Just because of this it definitely worth watching. But I also prepared a list of the most interesting intrigues of this event:

It seems Patrick likes French GP events and French GP events seem to like Patrick too. He usually skates successfully here. So, I hope he will win again and with two golds will pack his things for the flight to Barcelona. He will have some good skaters as his competitors here, such as Murakami, Uno, Aaron, Ten but Patrick is definitely a favorite to win a Trophee Eric Bompard. I also hope this time we will see two clean programs and two

Japanese men have only two spots for World Championship this season, that’s mean that Japanese Nationals will be even more heartbreaking that usually. One spot it’s reserved by Hanyu, so the fight for the second one will be fierce. Shoma Uno is young and promising rising star. Daisuke Murakami was quite impressive at his previous GP event. Both have good chances to get into the GP Final but the battle will be interesting to watch.

The situation in Russian mens skating is …..as always complicated) Last season Maxim was the only who get into the Final with two victories. Has he chances just to gent into the GP Final this year? Honestly, I doubt it. Too many strong skaters are really in a good shape while Kovtun hasn’t been showing solid skating (maybe due to the injury). The most interesting thing is who will be Russian number ne for this season. Will it be Kovtun again or the Federation will prefer younger Adian Pitkeev?

4. How many 3 axels Tuktamysheva will try to do this time?

Elizaveta Tuktamysheva is not in a perfect physical shape yet, but they continue trying 3 axel in both her programs. So, will she continue trying or will concentrate on clean performances? 3 axel is a great advantage but i huge risk and a tricky element that can cost her gold. But I think Liza will try 3A at least in free program, I think Mao’s terrifying easy-looking 3a will motivate her a lot.

5. A chance for Gold to win gold 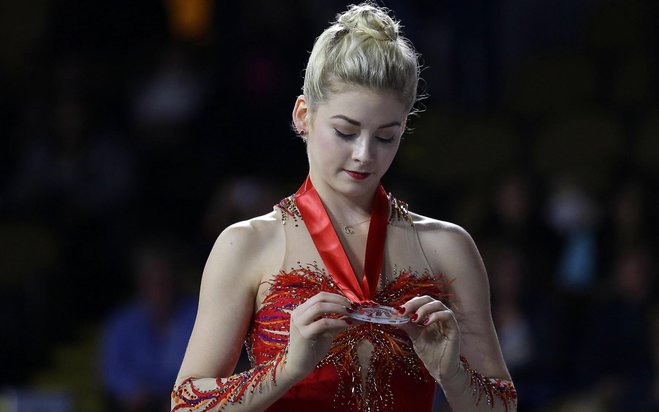 Taking into account that Tuktamysheva isn’t in her best shape, Gracie Gold has pretty good chances to win Trophee Eric Bompard. She has everything to do it. The thing I worry about is how easily US Federation passed Gracie off at Skate America when they had chances to fight for her golden medal. After this loss at home and Wagner’s victory at Skate Canada Gracie should accumulate all her energy and try to win in France.

6. Can Lipnitskaya deal with her problems? 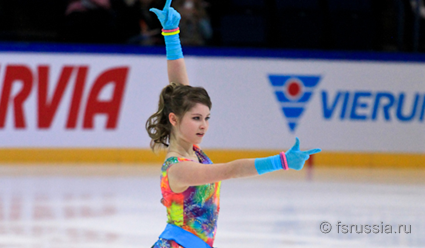 Actually Lipnitskaya’s previous GP event showed that everything is not so bad. The main problem I see in her shape, she doesn’t have enough power for her free program, that is why she seemed a bit slow. Maybe an easier jump-content will also help to skate programs clean and get some confidence. Also the bronze medal at Trophee Eric Bompard is possible. Will see whether Julia can take it.

I haven’t been taking their come back seriously till Tatiana and Maksim showed up at the test skate. They didn’t look impressive in the short program at Nebelhorn Trophy but the free was quite solid. From that moment they have a lot of time to improve and gain the needed shape. But I still don’t know what to expect from them. It’s also very interesting how judges will take their come back, will their component scores be different know? I don’t think it will be an easy come back, Sochi have ended and they won’t get such score with such gap from others. Pair skating now is on extremely high level of difficulty and it almost impossible to fight for medal at Worlds without quad throw or quad twist. So, what Volosozhar and Trankov can counter?

8. What Peng & Zhang prepared for this season? 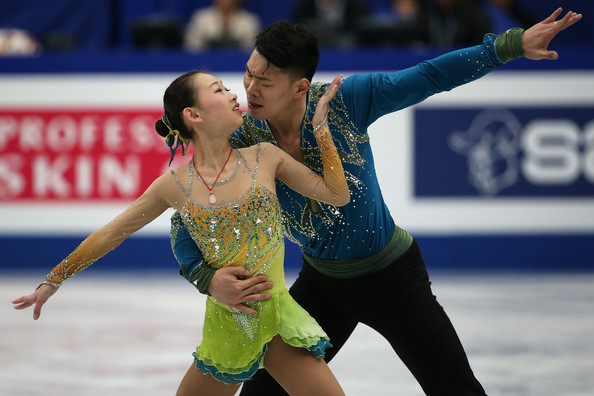 We haven’t seen Cheng Peng and Hao Zhang competing this season yet, so we still don’t know what they have prepared for this season. And I ment not only programs. Did they learn a quad throw in addition to their quad twist? If yes, the competition in Chinese National team will be extremely interesting. That’s another pair that can be a medal contender (even for gold) at every competition they are take part in. The main intrigue for GP in France is whether they can beat Volosozhar and Trankov?

9. Can Gilles and Poirier win? 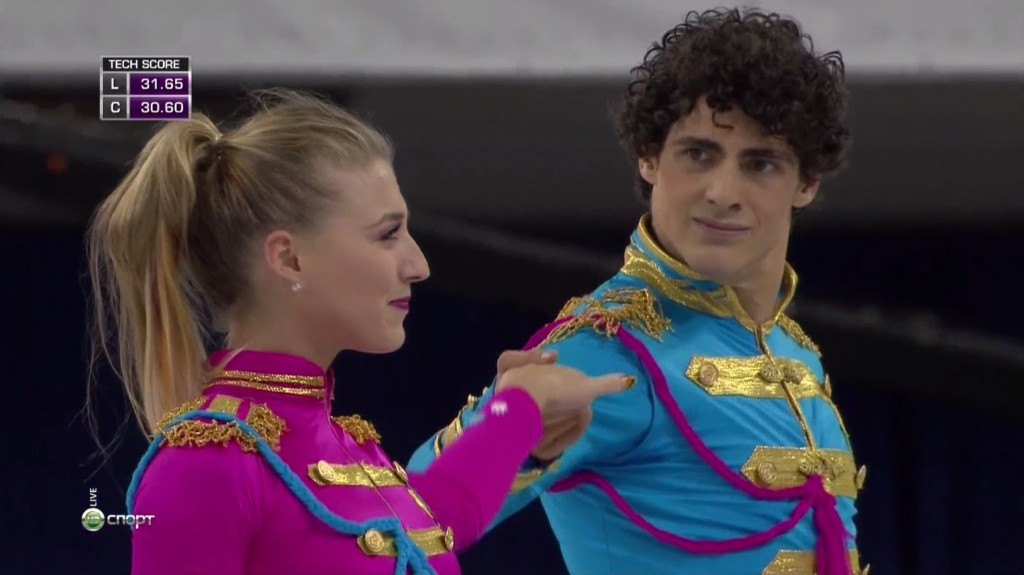 With the withdraw of reigning World Champions Papadakis and Cizeron the first place at GP in France is vacant. But I think that Piper Gilles and Paul Poirier have the best chances to win it. Their SD didn’t receive a good feedback from judges and their scores wasn’t high. But they have great free dance and not so strong competitors at this event. So, the gold is not only possible but I think it’ll be a shame not to take it. With the victory on this event Piper and Paul can book their tickets to Barcelona.

It’s the first GP event of the season when the pedestal is totally unpredictable! Everything can happen. What makes the competition of ice dancers at Trophee Eric Bompard very exciting to watch! And let the strongest win.